With over 8 years of experience in Journalism, Jake is an expert on all things Football, Entertainment and Reality TV

There's now a better chance than ever that the Glazers confirm their exit from Manchester United this season, according to the latest predicted odds from OLBG.

OLBG predicted that the chances of the Glazers selling are 4/6* before the term is up, with those odds coming down as rumours of their exit intensify alongside calls from fans for them to quit the club.

Any outright buyer of Manchester United would need to find billions to complete the deal in full, or form a consortium. One man with more than enough cash is Elon Musk, who is 10/1 to come buy the club after declaring his interest on Twitter before quickly pulling out.

The odds stated are based on predicted outcomes by OLBG.

OLBG predicted odds make it 4/6 that the Glazers SELL Man United this season as the pressure heaps on the owners!

As stated earlier, Elon Musk declared his interest in signing Manchester United in the early hours of this morning, but has since distanced himself from that.

It then took just 4 hours for Musk to deny buying the club, stating that it was just a long-running joke that he was making about buying sports teams. 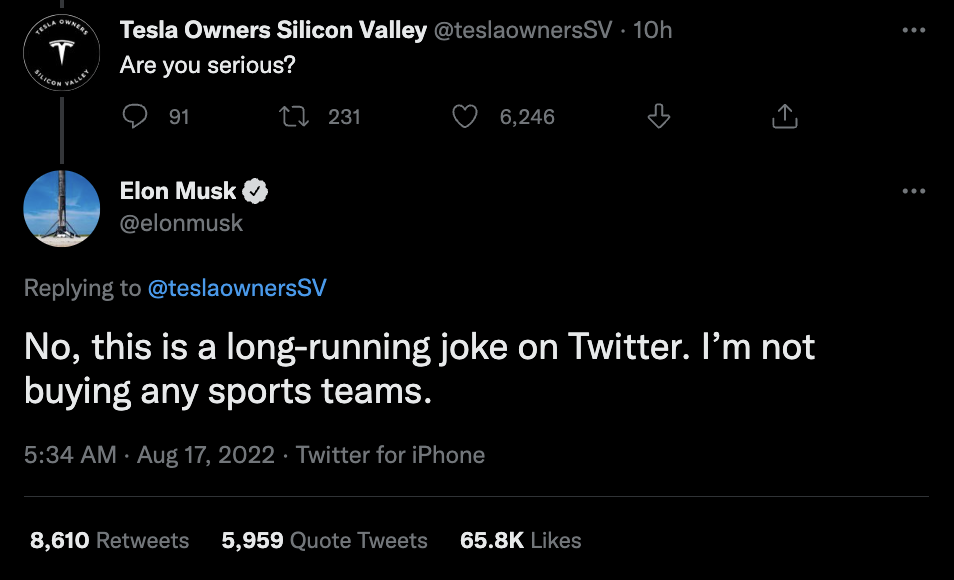 Who will buy Manchester United? (outright sale or consortium leader)*

Jul 25, 11:33am
By using this site you confirm you are 18+ and consent to our use of cookies and processing of personal data as set out in our Privacy Policy
Got it!