The next England national team manager will always receive plenty of speculation and a host of candidates put forward. The job has been a poisoned chalice with many a reputation irreparably damaged by the England job. The bookmakers have all the next England manager odds. 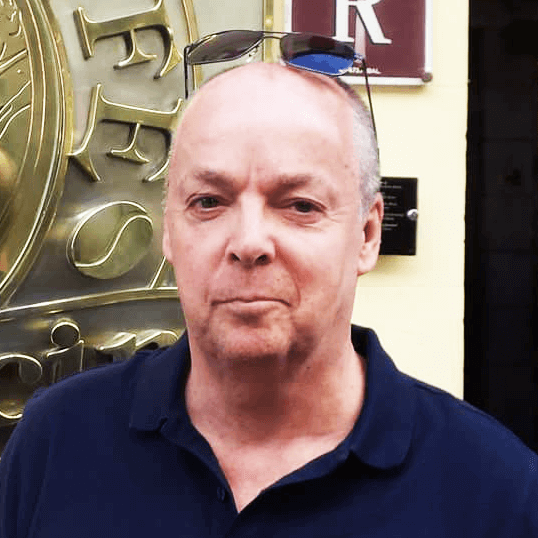 Statement from the FA

We are delighted to confirm that Gareth Southgate is continuing as England manager, and will lead our Euro 2024 campaign. Gareth and Steve Holland have always had our full support, and our planning for the Euros starts now.

Graham Potter and Eddie Howe head the next England manager betting but both have been tied down to long contracts at their respective clubs. 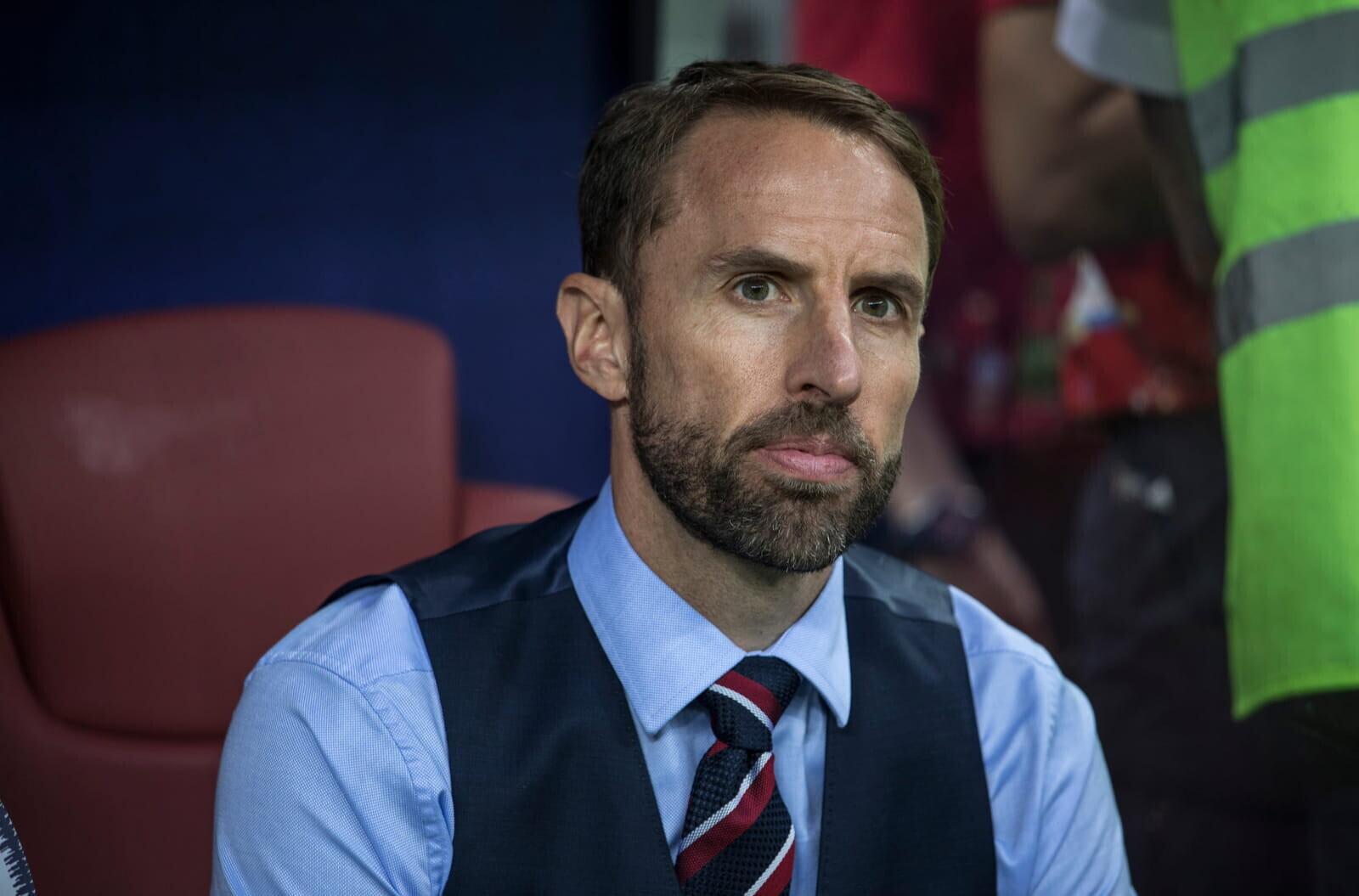 Pochettino has been supported to take the England job when it becomes vacant.

The Argentinian's career has spanned 4 clubs since he first took charge of Spanish club Espanyol in 2009.

Two spells in England at Southampton and Tottenham culminated in Pochettino taking charge of one of the giants of European football Paris Saint Germain, a club he played for.

Whilst in Paris he won the Ligue 1 title but could not secure the Champions League for the ambitious owners Qatar Sports Investments.

He was quoted at 4/1 for the vacant Aston Villa Job and 5/1 to replace Brendan Rodgers at Leicester.

The problem for Pochettino is that after PSG most clubs could be seen as a downward step, many chairmen may consider him "out of their league"

Managing England would put him back at the top of the tree.

Another of the "new breed" of managers noted for their football intelligence and tactical nous.

Potter started his managerial life at Ostersund in Sweden and has had a spectacular rise to be now managing Chelsea. 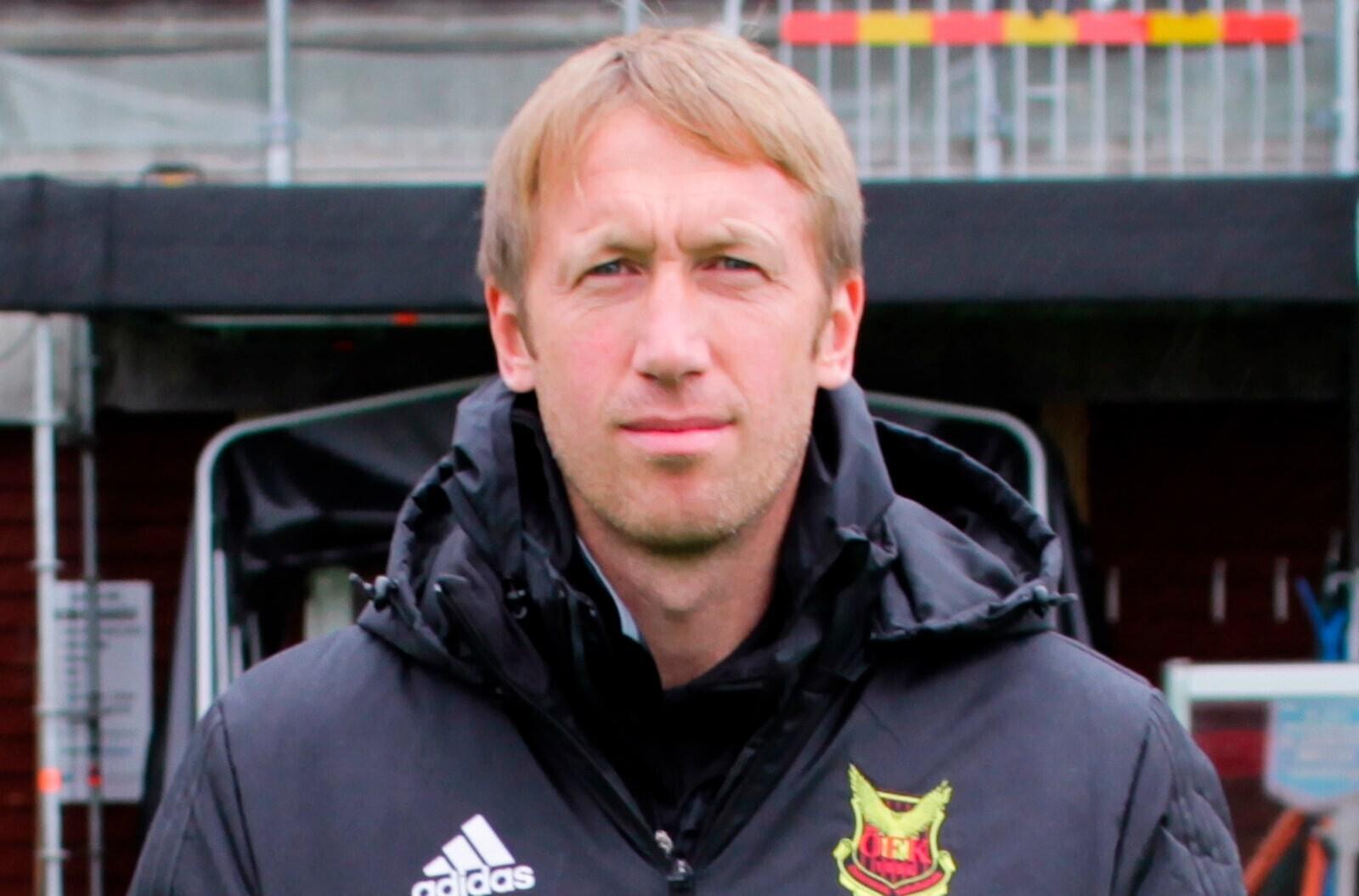 The ex-Bournemouth manager now at Newcastle United, he has received plenty of plaudits for his style of play.

Would be a popular choice for fans of the beautiful game. 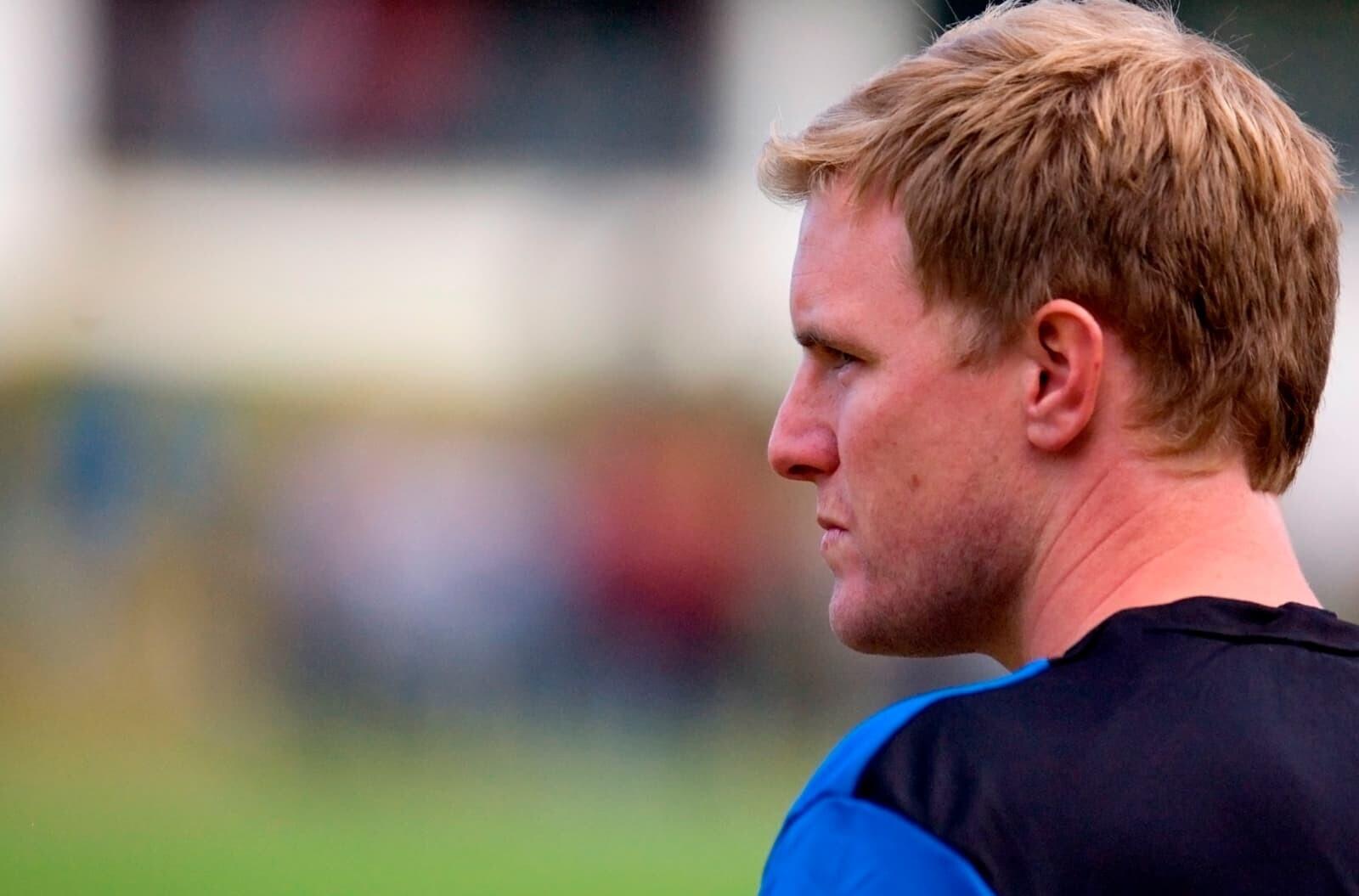 The former manager of Aston Villa is now at Norwich City, critics would point to the lack of trophies in his career.

Purists may baulk at the appointment of Dyche as the England manager, pragmatists would be delighted.

The ex-Burnley manager would bring passion to the job and is nearly always in the frame for major  football vacancies. 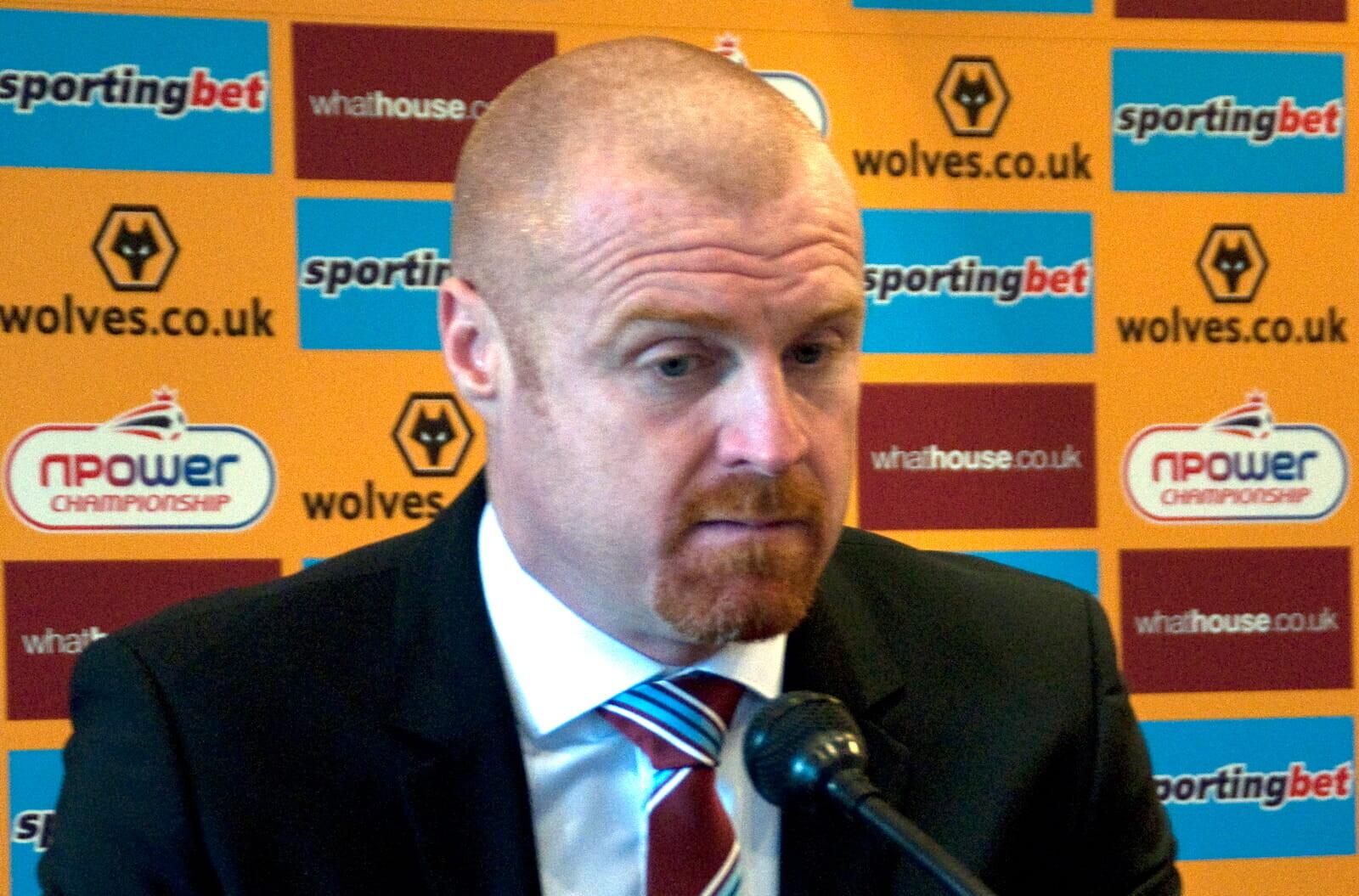 The former Liverpool captain took on his first managerial job at Rangers in 2018.  The club won the SPL in 2020/21 breaking a Celtic stranglehold that had lasted nine years.

His move to Aston Villa alerted punters, although being sacked by the club in October 2022 will not have helped his England chances.

Has managed clubs in England, Scotland, and Wales, and played for a team in Northern Ireland.

Currently under pressure at Leicester City.

Part of the Golden Generation of players, Lampard stepped seamlessly into football management at Derby and then Chelsea.

Sacked by Chelsea after a poor run of results and with rumours of dressing room unrest.

He was appointed at Everton after the sacking of Rafa Benitez.

Parker proved himself on the South Coast with Bournemouth promoted to the EPL.

However, he was sacked after the 9-0 defeat by Liverpool, not so much because of the defeat but more so because of the comments he made about the club in post-match interviews.

Likely to be a stop-gap manager if appointed at all.

Arsene Wenger won the EPL 3 times and the FA Cup 7 times with his beloved Arsenal.

Steven Gerrard will need to bounce back after his dismissal from Aston Villa in 2022.

Betting on the Next England Manager

How to Bet on the Next England Manager

Here you will see the option to look at the list of managers.

We have not included caretaker England managers who only managed for 1 game.

You can see by the earlier managers that once appointed you were in the job for a period of time,

Walter Winterbottom was in the job for 14 years, and Sir Alf Ramsey for 11 years.

The youngest appointee was Walter Winterbottom who was just 33, followed by Glenn Hoddle who was 39.

The oldest appointee was Roy Hodgson who was 65 when he got the England job.

The average age of being appointed is just over 50.

The average number of games a manager is in charge for is 49. 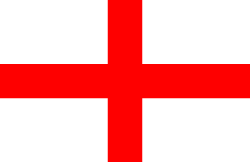 The shortest tenure for a permanent England manager was that of Big Sam Allardyce who only managed the team for 1 game before being dismissed.

Steve Mclaren the "wally with the brolly" lasted just 18 games before  Fabio Capello was appointed.

Capello is the most successful England manager when it comes to a winning percentage of England games.

The worst-performing manager was Kevin Keegan who only managed 7 wins from 18 games (39%).

Next England Manager Betting Odds: Mauricio Pochettino is the 4/1 FAVOURITE to replace Gareth Southgate with the England manager's future still up in the air after World Cup knockout!

Former Tottenham and PSG manager Mauricio Pochettino is the bookies favourite at 4/1 to be the next England manager as rumours of Gareth Southgate's future in the role continue to be discussed.

Pochettino has been linked with the role in the past and his punditry role for the BBC at this year's World Cup may show his interest in international football.

Graham Potter is the 7/2 bookies favourite to be the next England manager with bookies giving odds ahead of the World Cup getting underway.

Gareth Southgate is still backed by players and fans but England's recent dip in form going into the World Cup have raised questions.

Next England Manager Betting Odds: Graham Potter now into 5/2 with bookmakers to replace Gareth Southgate with England without a win in SIX GAMES!

Graham Potter has been backed into 5/2 from 3/1 to be the next England manager, with bookmakers making the new Chelsea manager the favourite in the betting market. Pressure heaps on Gareth Southgate with England without a win in 6 games going into the World Cup in November and a poor showing there could signal the end. Paddy Power make Potter 5/2 in the betting market just ahead of Eddie Howe who is 4/1 to be the next England manager.

Next England Manager Betting Odds: Chelsea manager Graham Potter has a 25% CHANCE to take over from Gareth Southgate next according to bookmakers!

New Chelsea manager Graham Potter is the 3/1 favourite with bookmakers to be the next England manager after Gareth Southgate. Southgate is under pressure from England fans after no wins in the first 4 Nations League games for the Three Lions. BetVictor make Potter the favourite with Mauricio Pochettino 5/1 to be the England manager next with the Argentinian currently without a club.

Mauricio Pochettino is the 6/1 joint favourite to be the next manager of the England national team.  The FA may well be looking for a new manager in the near future with England really struggling under Gareth Southgate. Bookmakers have already priced up who Southgate's replacement will be, with four contenders sharing the favouritism.

The England manager's job is arguably one of the toughest in the business, dubbed as somewhat of a poisoned chalice by pundits and fans alike. Managers with English nationality are heading the betting for this market, with Dean Smith and Burnley's Sean Dyche at the top of the odds with betting sites at 5/1.

Eddie Howe and Graham Potter are just behind Smith and Dyche at odds of 7/1 and 12/1 respectively in the Next England Manager Betting.

We surveyed OLBG members with the question: Do You Think Gareth Southgate Should be Replaced As England Manager?

This survey came just after England lost the Euro 2020 Final to Italy.

Below are some of the responses.

The idea of replacing Southgate is totally outrageous!! He has bought colour to a team that was grey for so many years.

Taken Them As Far As He Can

He has done very well with the team and they have improved under him, but maybe he has taken them as far as he can. A new manager who is a little bit more attack-minded would be a good idea.

Gareth Southgate is doing a wonderful job and we could not wish for a better manager, he could lead England for another decade. World Cup Semi-Finalists and Euro 2020 Finalists compared to the debacle of the last manager.

No, he should not be replaced, he has transformed the way England play football. He has a very good group of young players who have yet to reach their peak and he should be allowed to bring them on.

Next Manager To Be Sacked Betting Odds

The leading online bookmakers have the Next England Manager Betting Market, please visit any of them to check the current odds.

To have your say please add a comment below.

Jan 31, 02:28pm
By using this site you confirm you are 18+ and consent to our use of cookies and processing of personal data as set out in our Privacy Policy
Got it!