While although the best clubs within English football are known to compete for Premier League honours, there is a substantial battle emerging off the pitch and it is one that comes within the form of social media.

Because no longer are footballing institutions simply competing for silverware both home and abroad, but they are also competing for the attention of a worldwide audience, and this can be gauged via the metric of social clicks.

Social media follower bases far outweigh the fans we see at games. Where does your team sit in the social media football league?

Whether it be likes on Facebook or retweets on Twitter, these are the currency that drives football clubs in the digital world and for those who ever wondered just who the social media league champions are, we can now provide the answer.

An answer that comes courtesy of tracking the “big three” follower data – Facebook, Twitter, and Instagram, for each of the 92 professional clubs that currently operate within the structure of the English football pyramid. 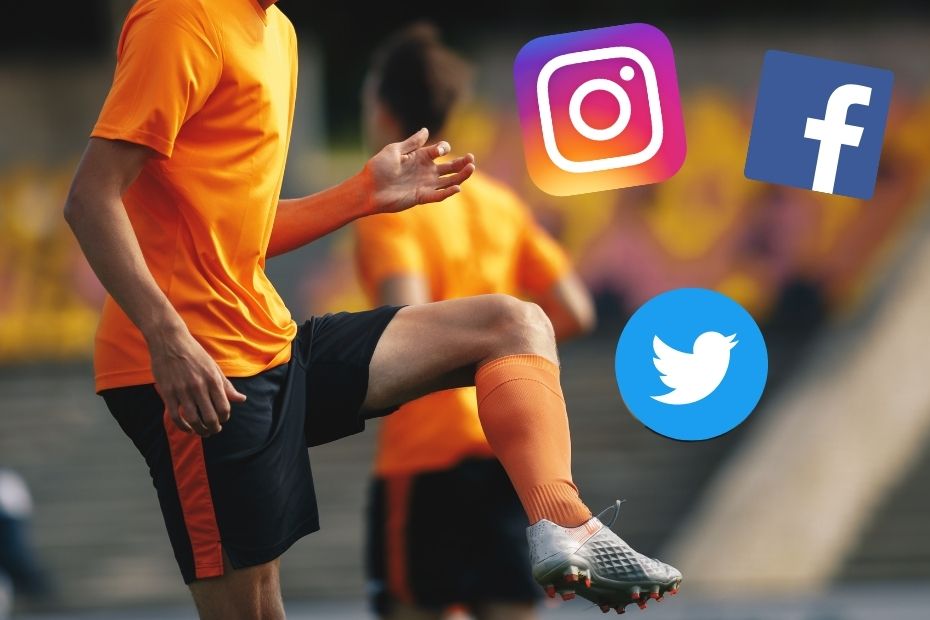 From here, a simple addition of all the three platforms, will then give us a league table in terms of overall followers and for those who cannot wait any longer, it is time to dissect the data and hand out the silverware.

To the surprise of hardly many, the top half dozen teams in our 92-team table are comprised of each of the six clubs that planned to leave the Premier League behind and depart to a rival European Super League instead.

Something that gives credence to the fact that the six biggest sides in the land, are also backed up by a hefty social media following and whether it be Manchester or Malaysia, fans across the globe are ready to lend their online support.

While with the makeup of the top six now revealed, it is time to highlight just who is the current pioneers of social media and the answer is as follows:

As you can see Manchester United are not only top of the table, but they are considerably clear of Chelsea in second and although the latter were the kings of Europe last season, there is some way to go before they are the kings of the internet. 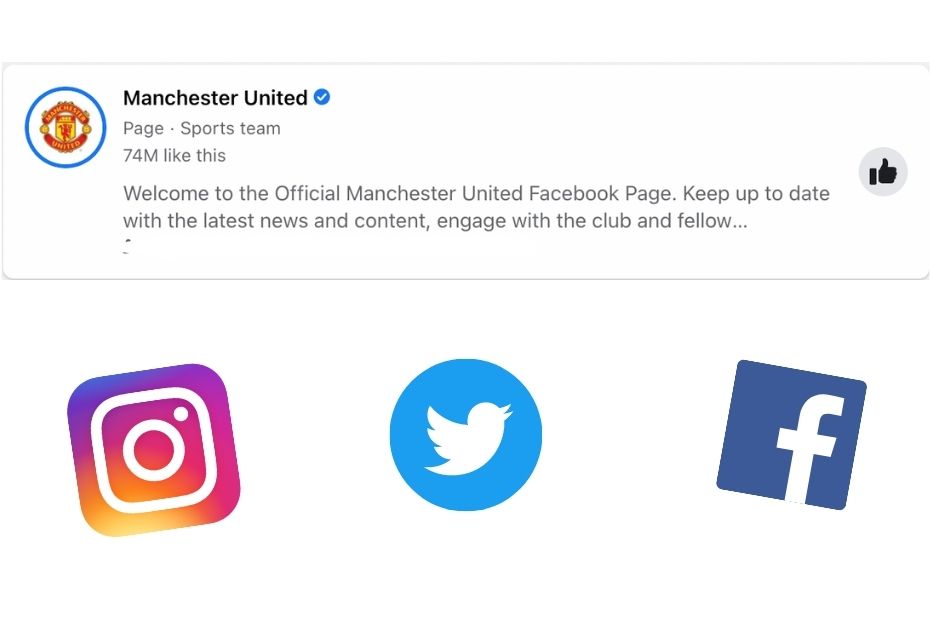 Because the Red Devils currently find themselves with 58 million more overall followers than that of Chelsea and although Ralf Rangnick’s men have stuttered on the pitch in recent times, they are head and shoulders above the rest on the world wide web.

Not only that, but they are consistent in their route to the top of the standings, as in each of the three platforms, the Old Trafford outfit have recorded the most followers at the time of the data capture.

Liverpool have almost twice as many Twitter followers as Manchester City

But they have fewer Facebook followers. Overall, they usurp the Etihad side by 12 million overall social followers

While with Liverpool and Manchester City duking it out for the real-life title honours this season, it is the Merseyside men who have currently stolen a march on the Etihad superstars and with latter possessing 80 million social followers, it is nearly half the amount of their crosstown rivals United.

Of course, we should not forget the battle for supremacy within North London and for those who are of a Tottenham persuasion, they will once again have to do make do with being surpassed by their arch rivals at the Emirates – as Arsenal have more than 35 million combined followers.

Often betting fans might cry that odds for their team with betting sites are not as big as they should be, but if all of these fans who follow on social media are also betting on their own teams to win, it is no surprise bookmakers have to tread cautiously with some of the most popular football teams on social media platforms, especially if the social popularity is mirrored in football betting tips.

Now that we know the make up of the top six, it is time to shine a light on those who would compete in the ‘Social Media Premier League’ and for those who would assume that the top 20 teams would also have the 20 biggest online followings, their assumption would be wrong.

Here we see that four clubs have disrupted the order within the world of social media and although Sunderland may once again be struggling to drag themselves out of League One, they are no slouches in this particular table.

With an impressive 1.5m followers on Facebook, it has helped the Black Cats finish a more than respectable 16th and in doing so, they have avoided relegation to what can now be officially called the “EFL Social Media Championship”

While of the other three teams that have surpassed their current status in real life, it is the trio of Stoke, Swansea and West Brom who are currently competing in what can be considered as sunnier digital climbs.

OUTSIDE THE TOP TIER

Of course, what goes up means something else must come down and of those Premier League clubs who cannot match their status online, it is Norwich, Burnley, Brighton, and Brentford who have suffered the ignominy of virtual relegation.

Although what is more interesting here, is the fact that these four clubs are not simply ranked 21 to 24 in the league ladder, their fortunes are far more varied than that, and it is certainly not good news for Premier League newcomers Brentford – as is highlighted in the table below: 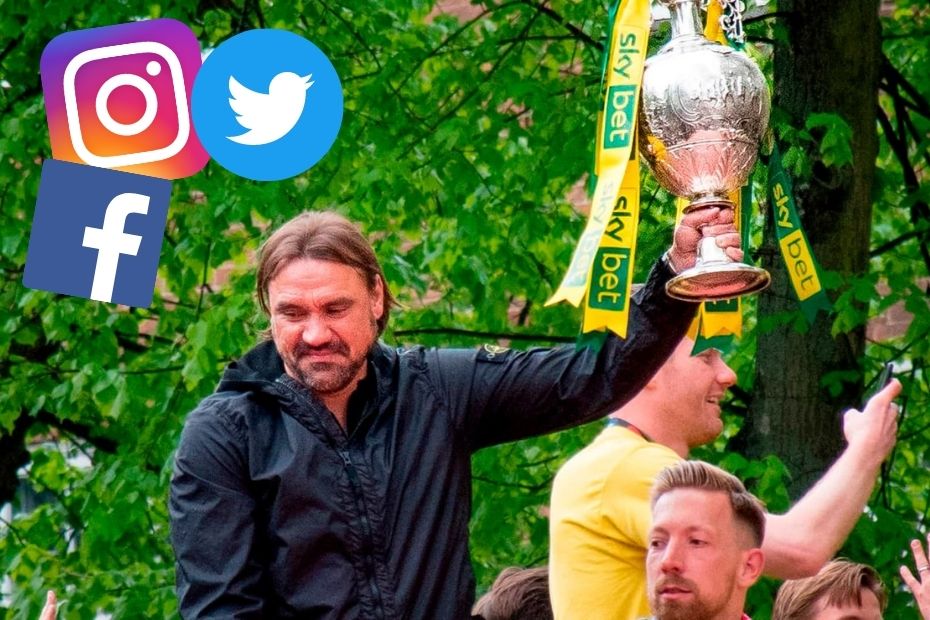 For Norwich, they like West Bromwich Albion are living up to their status as a yo-yo club, as they currently sit top of the EFL Social Media Championship, while Burnley will have to deal with the lottery of the play-offs this time.

Matters are no better for Brighton & Hove Albion, as Graham Potter’s men have been pipped to the final play-off spot by Sheffield United, while Brentford are having to make do with mid-table Championship malaise in 17th and 37th overall.

In League One, it is celebration time at Portman Road, as Ipswich are declared champions, while the real-life championship pair of Millwall and Blackpool, have managed to find themselves in the top-three of their social tier below.

While in the confines of League Two, the champagne corks are being popped at Stevenage as they pip Oxford United to the crown by a rather slender margin of just 1,000 followers. While Rotherham and Lincoln make the top four.

While spare a thought for Barrow, as with just 58,776 combined followers at the point of data capture, it is they who are ranked the 92nd and lowest side in the broadband-based English football pyramid. Something that suggest their social media team may need some more pre-season training.

Of course, another way to look at all this social data, is by looking at it from a stadium capacity angle and just how many times these respective followers could fill the stadium of their most beloved football clubs.

How Many Social Fans Could The Stadium Hold?

Now for this to happen we have to normalise the data and therefore, we must assume that a superfan is a follower of his or her favourite club across all three of the social platforms – in doing so, we can get a count of unique fans rather than a combined total.

When taking this count of unique fans and calculating as a ratio of stadium capacity, we then get another league table from our 92 clubs in question and although Manchester United may have been champions from one angle, they do not have all their own way.

This time it is Chelsea who scoop the honours, by virtue of their unique followers being able to fill Stamford Bridge 816 times over. Now of course, this figure is somewhat enhanced by Stamford Bridge’s smaller capacity to its counterparts, but it is still an impressive feat all the same.

As before, the biggest six clubs fill out the first six places, so now it is time to look elsewhere for the biggest stories in our ratio table and they perhaps do not get any bigger than Salford City possessing the 19th highest Capacity Ratio in English football.

The club which is owned by Manchester United’s famous Class of ’92, may only have 164,333 combined social followers but it still means that their Penninsula Stadium could be filled as many as 32 times over on matchday.

While there are four Championship outfits among this particular top 20, as the likes of AFC Bournemouth, Swansea City, Fulham and West Brom all find themselves mixing it with the Premier League elite.

Once again though, it does not make particularly good reading for Brentford, as although they are now settled in their brand-new stadium, they can only fill it 44 times over with unique followers and this makes the bottom ranked of all the Premier League teams. (30th overall)

With the trophies now handed out, it is time for either celebrating or commiserating and the beauty of this particular league is that it never really ends. With more followers coming onboard on a daily basis, maybe their clicks will change the online fortunes of the club at the same time.