The celebrities earning the most from business ventures 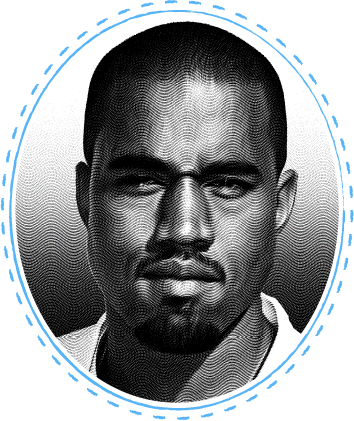 More and more of our favourite celebrities just aren’t satisfied with smashing it in their day job and are branching out into the world of business to try their hand at being an entrepreneur.

And while many celebrity ventures are dead in the water after just a few years, many have actually done very well for themselves and are now striking the perfect balance between the glamorous careers that we know them for, alongside putting in serious hours in the boardroom and bringing home some cash.

Here are some of the celebrities who have seen the greatest success in the world of business.

Sitting at the top of the tree is surely one of the biggest celebrity business success stories of all time, Kanye West, with his Yeezy brand of sneakers. After one of the most anticipated sneaker launches in history, they’ve been hailed as one of the most influential sneaker brands of all time.

However, Kanye revealed on Twitter a few years ago that he was swimming in debt, due to pouring funds into the brand, but it’s safe to say things are looking pretty good now.

Yeezys are currently estimated to bring in about $1.7 billion a year, of which about $147 million goes straight into Kanye’s pocket.

Second place goes to another rapper, with Beats Electronics, founded as “Beats by Dre” by rapper Dr. Dre in 2006.

Dre stuck to the industry that he made his name in and launched his own range of headphones and speakers before moving into the streaming market with Beats Music in 2014.

That same year, Beats was bought by Apple for an eye-watering $3 billion, making it the tech giant’s biggest acquisition to date.

You may not have heard much from Jessica Simpson for the last decade or so, but that’s because she’s been hard at work creating a business empire that turns over more than a billion dollars each year.

Her clothing line launched back in 2006 and by 2010 was earning over $750 million a year and is stocked in over 650 department stores across the USA.

The celebrities earning the most ranked

The celebrities earning the most ranked

While lots of celebs stick to what they know, such as Dr. Dre going into audio equipment or Victoria Beckham starting a fashion line, there are plenty of others who took slightly more surprising steps into entrepreneurship.

For example, Ashton Kutcher has invested in startups such as Airbnb and Uber through his VC firm, while Mark Wahlberg has his own burger chain, Wahlburgers.

The majority (28%) of businesses that we looked at were in fashion, but there was also a definite trend toward the food and drink sector, with many celebs investing in alcoholic beverages, such as Jay-Z’s Armand de Brignac champagne and George Clooney’s Casamigos tequila.

Revenue estimates were taken from a variety of sources, primarily Owler but also using various news articles from publications such as Forbes and Bloomberg.

Figures are purely estimates and are for the most recent year for which estimates are available.