The NFC Championship game held in late January is the culmination of the National Football Conference season. The winner heads to the Super Bowl to face the AFC Championship winner. 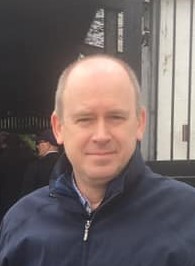 Covered in this NFC Championship Betting Guide you will find:

Who will win the NFC Championship ?

The 18 week regular NFL season schedule (including one bye week) is as follows (each NFC team will play):

This season's Inter conference match up pairings for the 17th game are as follows with the AFC teams being on the road:

Road To The NFC Championship Game

If you are a rookie when it comes to placing NFL bets then take a look at our How to choose the right NFL betting site for you article which contains a list of the licensed best football betting sites and the states where it is now legal to place sportsbooks wagers online or via the best sportsbook betting apps. The guide also has the latest sportsbook sign up offers and promos.

Can I place NFL parlay bets ?

Yes, whether it be on the NFL Futures markets like the four NFC division winners or the weekly NFL games when the season is underway you can combine your picks in a parlay wager. If unsure how parlay wagering works then take a look at our Parlay Bet Tips Guide before placing your football wagers.

Also before you decide on your selections be sure to check out the best NFL picks from OLBG's most profitable football experts over the last 12 months.

The Dallas Cowboys won their 24th NFC East Championship finishing the regular season with a 12-5 record. The Cowboys were particularly strong on the road winning seven of their nine games and won all six NFC East divisional clashes. Quarterback Dak Prescott returned to the Cowboys roster after missing the majority of the previous season and Running Back Ezekiel Elliott and Wide Receiver CeeDee Lamb were key offensive figures in the Cowboys NFC East success.

The Dallas Cowboys are the favorites in the NFC East futures market with the US Sportsbooks to retain their NFC East title from the 2021/22 season. Check out the NFC East picks from OLBG's football handicappers before deciding on your NFC East wagers.

The Green Bay Packers led by Quarterback Aaron Rodgers were convincing winners of the NFC North division finishing with a 13-4 record. Lambeau Field is a tough fixture in the schedule for visiting teams and the Packers won all eight home games. A key figure in their offensive strategy was Wide Receiver Davante Adams who contributed eleven receiving touchdowns however he was traded following the conclusion of the season to the Las Vegas Raiders for 2022 first and second round draft selections.

The Green Bay Packers are the US Sportsbooks favorite in the NFC North futures market whilst the Minnesota Vikings are the clear second choice according to the layers. Check out the NFC North picks from OLBG's football handicappers before deciding on your picks.

The Tampa Bay Buccaneers won their 4th NFC South title, the 2021 Super Bowl winners finished with a 13-4 record. Led by QB Tom Brady the Buccaneers were strong at home with seven wins and just one defeat. Wide Receiver Mike Evans and Running Back Leonard Fournette contributed the most touchdowns, Evans with fourteen and Fournette ten.

US sportsbooks have the Tampa Bay Buccaneers warm favorites to retain their NFC South title with 44 year old QB Tom Brady sticking around for another season at least. The New Orleans are clear second choice in the NFC South futures market and will hope to build on their 9-8 record last season, their first after the Drew Brees era. See who the OLBG football handicappers think will win the division with their NFC South Picks.

Eventual Super Bowl winners the Los Angeles Rams won an incredibly tight NFC West division. The Rams with Matthew Stafford at Quarterback and main 'go to' man Cooper Kupp (Wide Receiver) with sixteen touchdowns finished the regular season with a 12-5 record, just edging out the Arizona Cardinals on 11-6 and the San Francisco 49ers (10-7). The Rams and 49ers would go on to meet in the NFC Championship game with LA winning by just a three point margin of victory (20-17) and in the process confirming the high quality of the NFC West division.

A tight division is the call again looking at the US sportsbooks NFC West futures odds. The Los Angeles Rams are marginally favoured to retain their NFC West title ahead of the San Francisco 49ers with the Arizona Cardinals not discounted at all despite being only 3rd in the odds list. Who do the OLBG football handicappers fancy for the division ? Head over to the NFC West Picks to find out!

Head to Head This Season:

Here is a table showing the last ten NFC Championship winners and runner up:

For the latest NFC Championship seasonal and player stats head over to the official NFL website.

Other NFL Blogs on OLBG