Blogs Other The World Cup i...

OLBG collected data on the U.S. television ratings of recent major sports championships to see how the Men's World Cup ranks in popularity against some of the most-anticipated sporting events.

Despite being the most-watched sporting event globally, the FIFA Men's World Cup doesn't draw as many U.S. viewers as other sports competitions—but that could change at the end of 2022. After a drop in viewership during the 2018 Men's World Cup, ratings are expected to rebound in 2022 since the U.S will be part of the field.

While other athletic events are embedded in American sports culture, the U.S. is still exploring "the beautiful game." To find out how viewership compares across different professional sports, OLBG collected data on the U.S. television ratings of various recent major championship events.

In 2018, the U.S. Men's National team went on hiatus from the tournament in Russia due to a failure to qualify, but before that, there was a sizable leap in American viewership that could be a sign of the sport's burgeoning popularity.

In 2014, 2.4 million more American viewers watched the tournament play out in Brazil, the only country with five World Cup trophies. The Men's World Cup will be played for the 22nd time in 2022. Its ratings will tell if the drama of international soccer and the chance to go further in the tournament than ever before are enough to get more Americans to tune in.

Read on to find out how viewership for America's beloved sporting events compares to the FIFA Men's World Cup and whether the global soccer tournament can earn a top spot among our most-highly anticipated competitions. 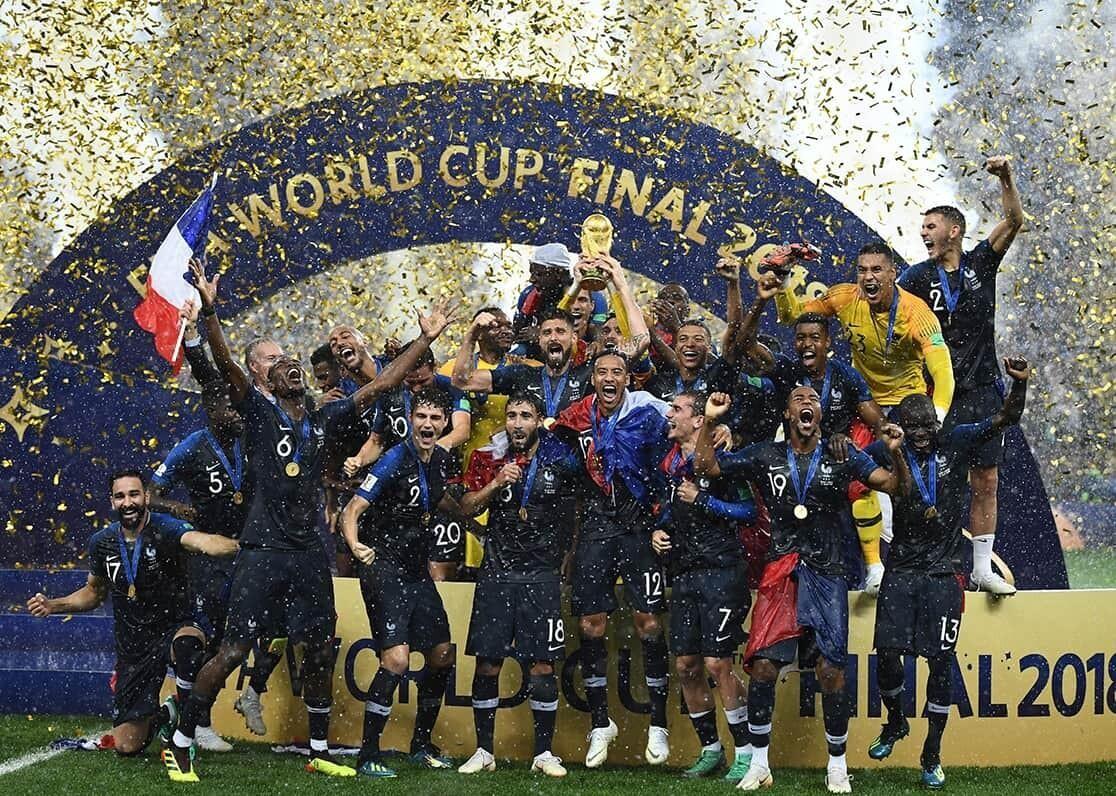 It was clear that many Americans weren't interested in the 2018 Men's World Cup in Russia without a home team to support. This was the first time since 1986 that the U.S. didn't qualify for the cup.

Sports Media Watch reported ratings plummeted 37% from 2014 when the U.S. qualified for the tournament; only 5 million viewers tuned in across Fox Sports and Telemundo. They also noted that Telemundo ratings fell 41% from 2014 to 2018, even though Mexico played four games, which included a stellar group stage performance that overwhelmed the German former champions 1-0.

Despite the dip in average ratings across Fox Sports and Telemundo in 2018, four years prior an average of 8.1 million people in the U.S. watched each match in Brazil, proving there are more Americans who want to see their men's national team compete on the world stage. 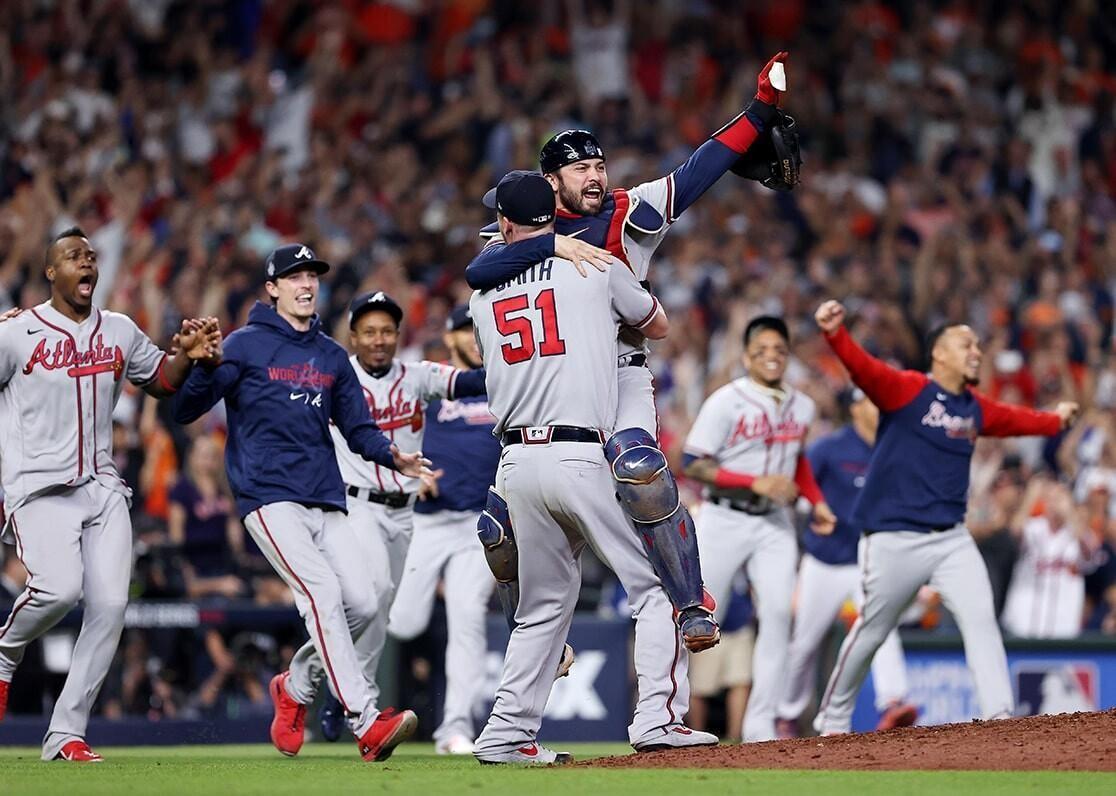 After taking a hit during the short 2020 MLB season due to the pandemic, ratings rallied with 11.8 million Americans catching the Atlanta Braves' 2021 World Series victory over the Houston Astros. CNBC reported that in 2020, an average of 9.7 million viewers watched the Los Angeles Dodgers win the series for the first time in more than three decades, but the final game of the 2021 World Series attracted many more fans. A total of 14.3 million people tuned in.

While viewership bounced back for the latest championship, excluding the pandemic season, ratings for the World Series show a softening trend. There was an average of 14 million viewers in 2018, 13 million in 2019, and 11.8 million in 2021.

The World Series has brought American sports fans unforgettable moments—like Reggie Jackson hitting three homers to lead the Yankees to the 1977 championship, or when Bill Mazeroski nailed the only walk-off home run ever hit in the seventh, deciding game of the 1960 World Series. But with seemingly fewer viewers over time, more U.S. spectators may be open to an additional pastime that only comes once every four years: the Men's World Cup. 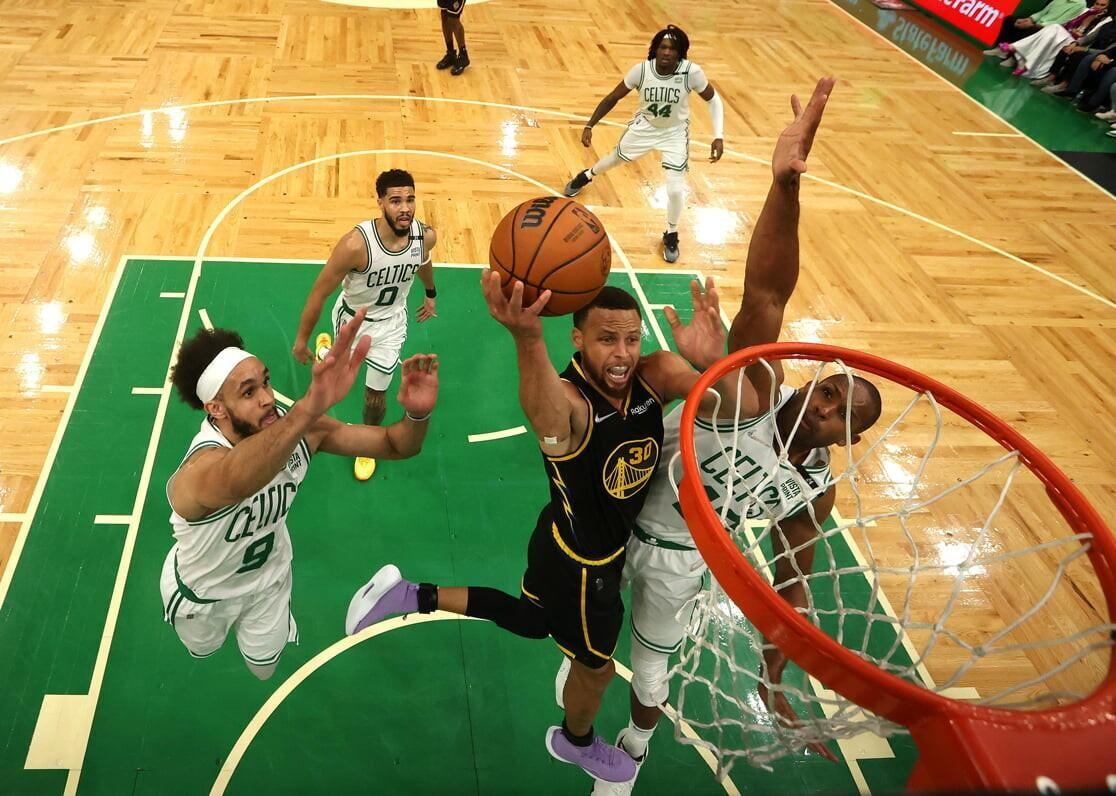 Viewership of the World Cup has the potential to trump that of other big-time sports events, including the NBA Finals. According to Sports Media Watch, 18.2 million viewers tuned in to watch the U.S. take on Portugal in a 2014 group stage match that, despite leading to a draw, had all the action and twists you'd hope for in a World Cup match. More people watched the match than any NBA Finals game that year. 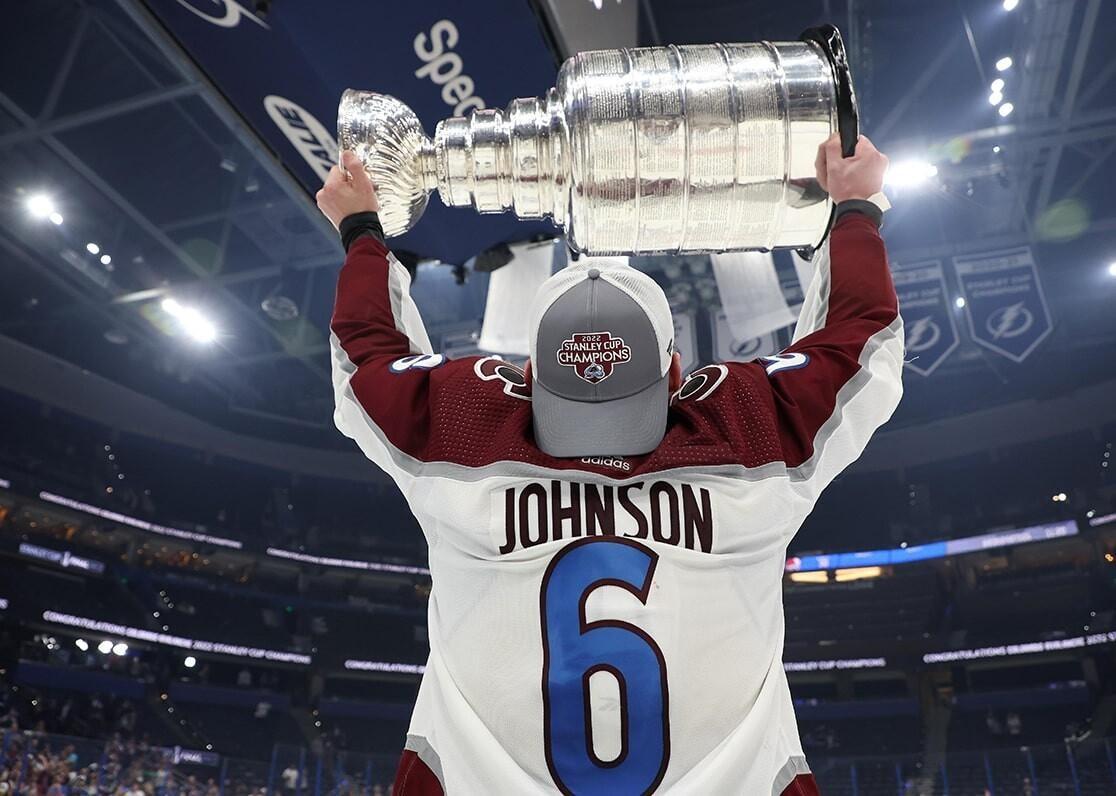 Like soccer, hockey usually feels somewhat auxiliary within the context of American sports. The 2022 Stanley Cup Finals drew an average audience of 4.6 million. It was less than the pre-pandemic 2019 finals, which drew an average of 5.5 million viewers, as well as the 2014 Men's World Cup when the U.S. took part and 8.06 million Americans tuned in.

There is some hope in recent viewing numbers. The 2022 Stanley Cup Finals showed an 84% increase in average viewership compared to the previous year's COVID-affected finals. ESPN announced that an average of 5.8 million viewers watched the Colorado Avalanche take home the 2022 Stanley Cup after beating back-to-back defending champs the Tampa Bay Lightning. They notably added that female viewership of the 2022 playoffs increased 64% over 2021's Stanley Cup. 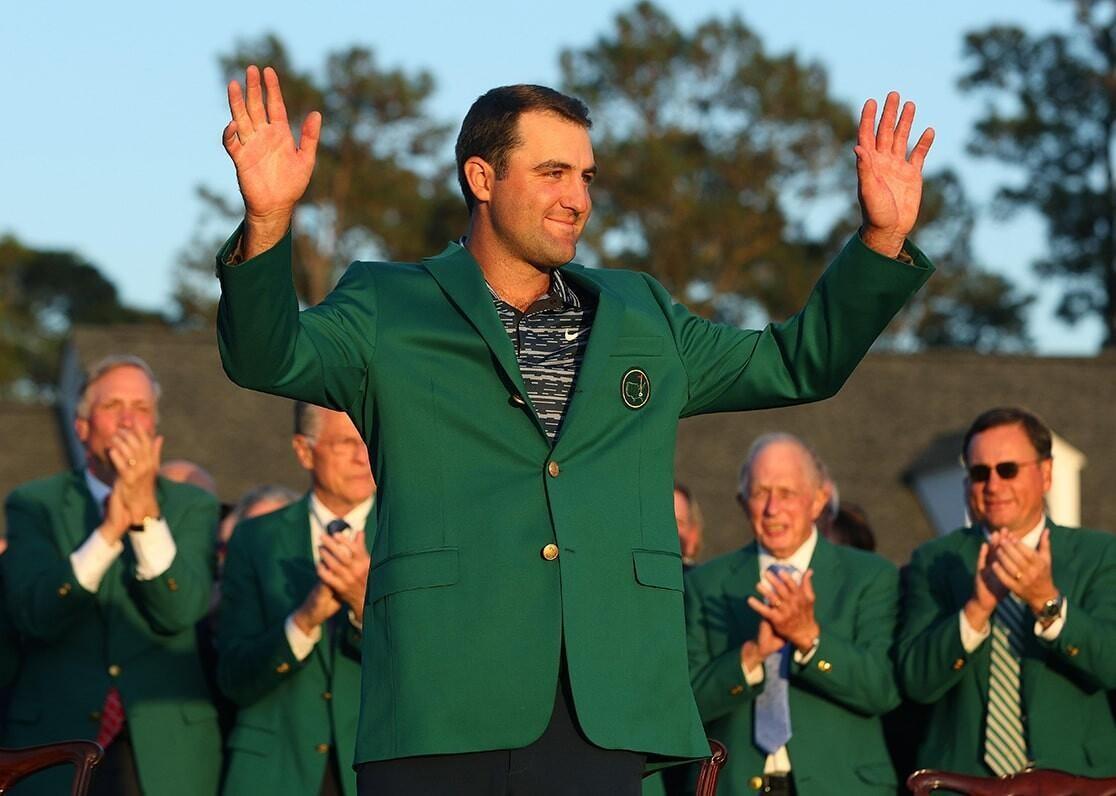 More than 10 million people watched Scottie Scheffler four-putt his way to the 2022 Master's Championship and a coveted green jacket. It was the most-watched golf broadcast in three years since Tiger won the tournament in 2019. According to SportsPro Media, the audience in 2022 was 7% larger than in 2021 and peaked at 13.2 million viewers. There were plenty of surprises at Augusta during the 2022 Masters, including Tiger Woods returning to a major championship for the first time only 14 months after his car crash in 2021. 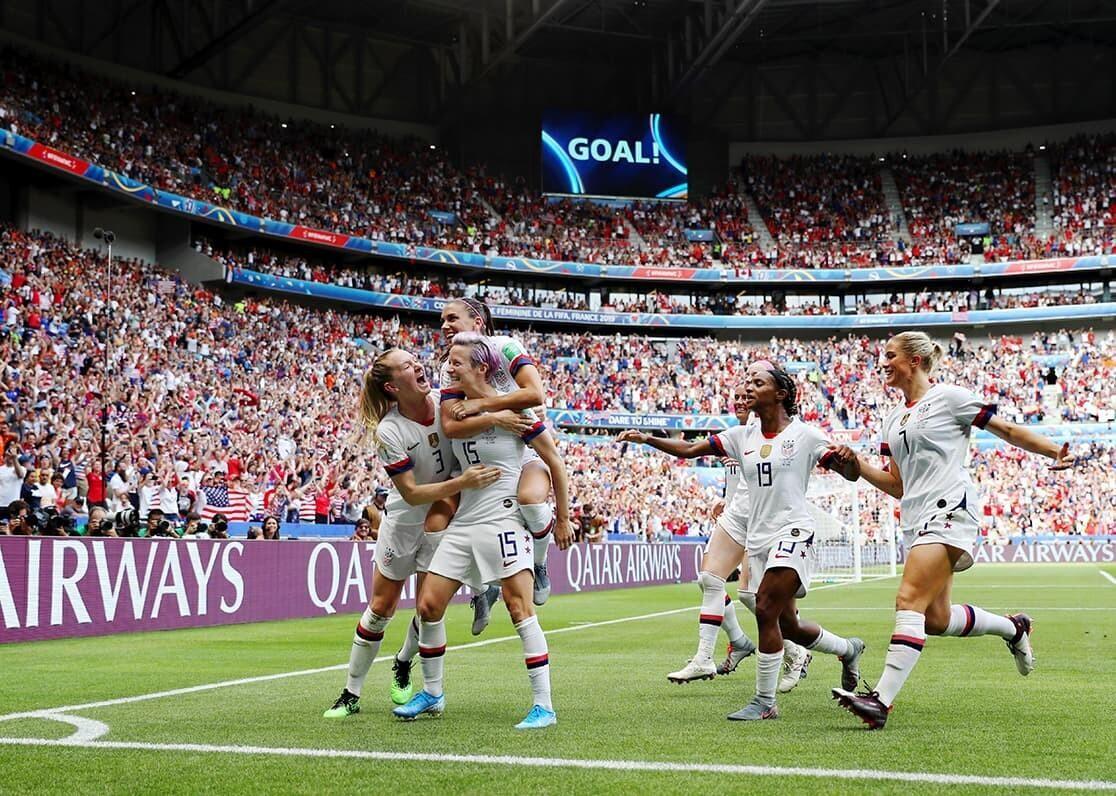 There were 15.6 million people who tuned in to see the U.S. women's team beat the Netherlands to become the champions of the 2019 FIFA Women's World Cup. The sizeable audience proved that U.S. sports fans are hungry to watch a talented team don the red, white, and blue and win matches on the pitch—or at least participate.

Fortunately for those soccer fans, the U.S. embarks on another World Cup journey to close out 2022. Arguably, Head coach Gregg Berhalter has the best background to build a squad compared to any other United States men's soccer team manager with his experience as both player and coach, domestically and internationally.

Still, it may be difficult for the men's national team to earn the views and the results the likes of Becky Sauerbrunn, Alex Morgan, and Megan Rapinoe did in 2019.

Although there was a 39% drop in viewership from 2015, Sports Media Watch reported the 2019 Women's World Cup Final attracted the largest soccer audience on one network since the 2015 women's final. It also drew 3.1 million more people compared to Men's World Cup final in 2018 featuring France and Croatia. Sports Media Watch noted the combined viewership between Fox and Telemundo of the France-Croatia final was larger at 17.8 million viewers. The fan base for this event is evident, especially considering the 2015 women's final (where the U.S. defeated Japan 5-2 to win the World Cup) is still the most-watched soccer match in U.S. TV history with 25.4 million viewers.