Most listeners prefer to stream their favourite sports stars on Spotify, which the study also found was the UK's top platform for listening to podcasts

In the UK, around 12% of the adult population (6.5 million) listen to at least one podcast per week with figures increasing year on year.

While lockdown has changed the listening habits of people who are no longer commuting to work, podcasts remain a popular way of keeping up-to-date with certain communities, new stories or topics.

OLBG's Sporting Podcasts Report has taken a look at the podcast charts at the start of 2021 to reveal which are really the most popular sports titles when it comes to downloads, chart performance and online popularity. The study also looked at differences in streaming habits between the two major podcast providers - Apple and Spotify. 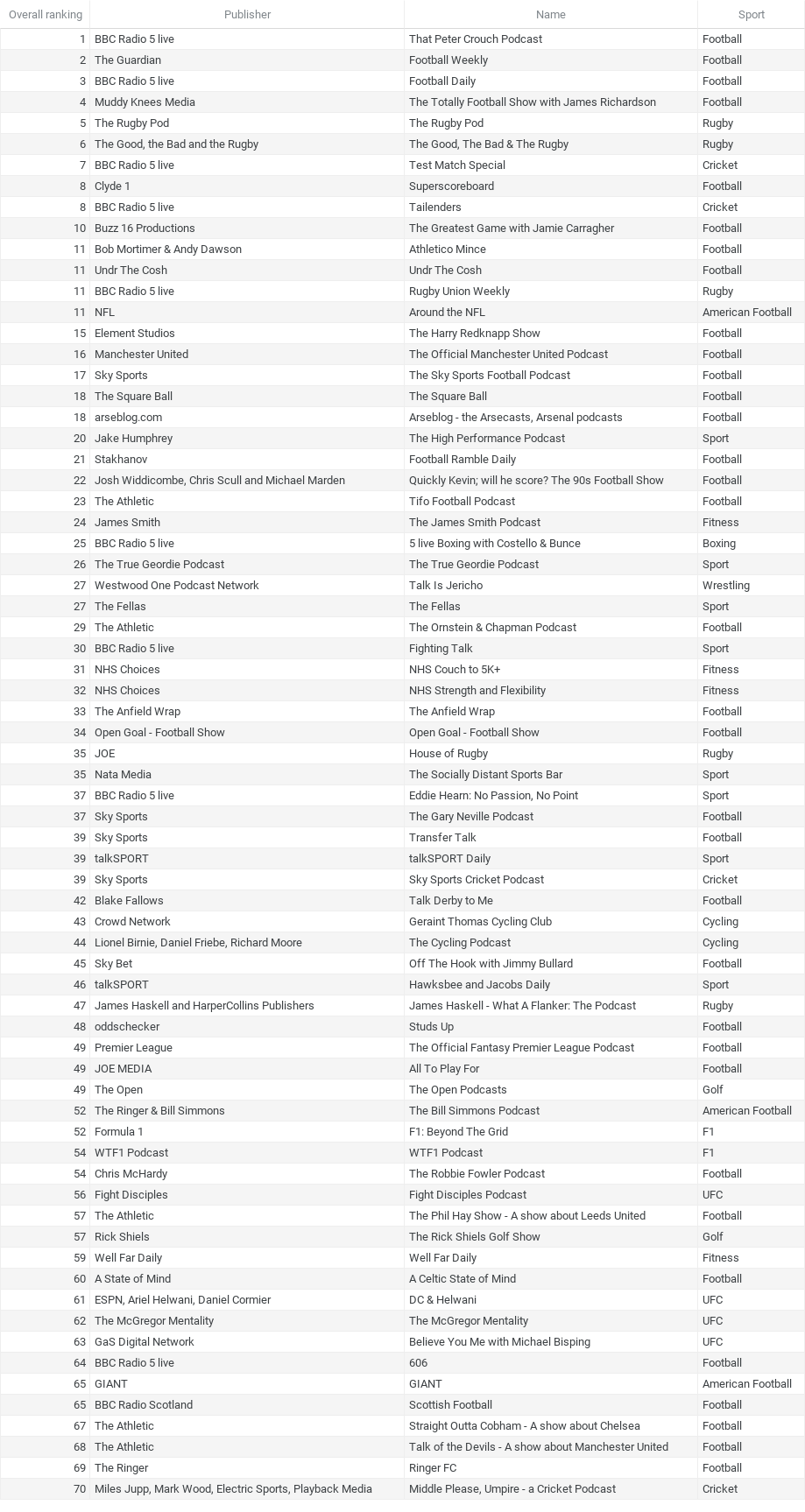 OLBG have combined the contrasting podcast charts from providers Spotify and Apple and looked into the online interest in each podcast - via monthly Google search data - to reveal the ultimate ‘Top 70’ sports podcasts in the UK.

Football podcasts dominate the top 10, with The Guardian’s Football Weekly, BBC’s Football Daily, The Totally Football Show with James Richardson, Clyde Superscoreboard and The Greatest Game with Jamie Carragher all making the top 10.

Between the top 50 Apple and Spotify charts at the end of January 2021 there were 70 different podcasts, with 34 football-themed titles accounting for 49% of all the chart, followed by eight with a general sport focus.

With a new national lockdown implemented across the UK at the start of 2021 and the inevitable New Year resolutions, that has seen a rise in popularity for fitness podcasts.

The NHS pod - NHS Couch to 5K - is 31st on our list of most popular podcasts at the start of 2021 and is the fourth most searched for of all 70 podcasts studied, while The James Smith Podcast, NHS Strength and Flexibility and Well Far Daily also popular.

However, despite the prevalence of football podcasts, they don’t all tend to perform that well with an average ranking of 33 in our chart.

The most lucrative topic to cover if you want a podcast to successfully shoot up the charts is rugby, with the five entries averaging a ranking of 21 - the top one being The Rugby Pod.

Apple podcasts on rugby are the overall best-performing pods. They make up 6% of the Apple top 50 charts but have an average position of 11th place with Rugby Union Weekly, The Rugby Pod and The Good, The Bad & The Rugby all proving very popular on the platform.

UFC podcasts are the least successful, with the four entries across the two providers ranking 61st on average - judged on online popularity and the chart performances.

Fight Disciples is the top pick for UFC listening material with over 460 episodes live and available to download, but podcasts on the sport as a whole are ranked low with DC & Helwani, The McGregor Mentality and Believe You Me with Michael Bisping failing to drum up much online interest. 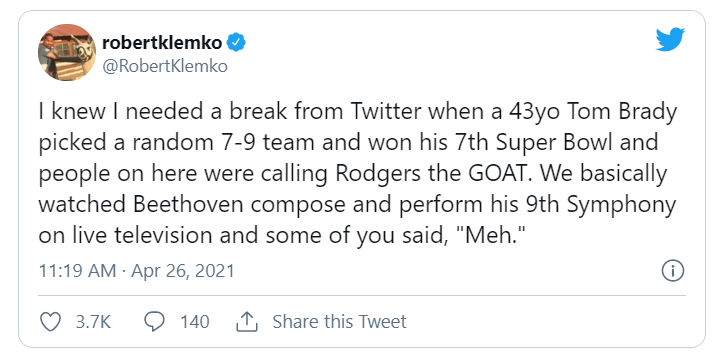 Test Match Special The Most Searched for Podcast

Two of the metrics analysed when compiling our ‘Ultimate Top 70’ are a podcasts’ online popularity and Google search volume. From this, there are some surprising successes at the top of the charts.

Test Match Special was the most searched-for podcast at the end of January 2021 - partly due to England’s tour of Sri Lanka - followed by Athletico Mince, Clyde Superscoreboard and NHS Couch to 5K+, the last of which is far more popular online than in the charts.

The Anfield Wrap, Talk is Jericho and House of Rugby are three others that are very popular in online searches, along with Tailenders, Fighting Talk, Quickly Kevin and The Square Ball.

Overall however, Spotify is the most popular streaming service with fans.

The single most popular Spotify podcast ranked in their top 50 was The Bill Simmons Podcast on American Football, with a massive 30,077 reviews at an average of 4.5 stars and is the most downloaded sports podcast of all time with a rotating crew of celebrities, athletes and media members and has been running since September 2015.

That Peter Crouch Podcast is the second-most reviewed in the combined charts with 28,110 despite a fifth season only just being announced for the start of 2021 - but it has a higher rating of 4.9 stars.

The Harry Redknapp Show, Well Far Daily, The McGregor Mentality, GIANT, All To Play For, Talk Derby To Me, Studs Up, Geraint Thomas Cycling Club and The Robbie Fowler Podcast are among those with less than 100 reviews, but still have high ratings.

Note: Our rankings were worked out by ranking each podcast by their Apple/Spotify chart performances and the number of online searches in Google, working out an average ranking and then ordering the podcasts in order of that average ranking.

OLBG.com is a sports betting community where members can take part in free to enter tipster competitions and win cash prizes. OLBG has built up an army of knowledgeable tipsters across many sports with horse racing tips and football tips being the most popular.