I wrote this short blog in 2015 about the curse of winning the President's Trophy in the NHL and it rang true as the New York Rangers became the latest team to fail to lift the Stanley Cup after posting the best regular-season record. 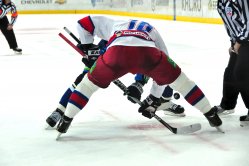 Since then the President's Trophy winners have continued to fall short.

The President's Trophy is awarded to the team with the best regular-season record and has been awarded since the 1985-86 NHL season.

After proving themselves to be the best team in the NHL over 82 games, you would imagine that playoff success will follow, particularly with a home-ice advantage throughout the postseason.

Plenty of NHL bets are placed on the team with the best record but is it a strategy that reaps rewards?

In 35 seasons, EIGHT President's Trophy Winners have gone on to win the Stanley Cup, a 22.85% strike rate.

There have been 4 Stanley Cup Winners since 2000.

In the last 10 seasons, the President's Trophy Winners have been eliminated in the First or second round Round on seven occasions.

The last team to win the President's Trophy and the Stanley Cup were the Chicago Blackhawks.

At the current strike rate, you would need odds of around 4/1 to secure a decent profit from using a system or strategy of just backing Presidents Cup Winners to win the Stanley Cup.