10 Technologies That Have Shaped Online Gambling

Gambling has been a part of human life for thousands of years in cultures the world over. Chinese gambling goes back over 4,000 years. Cockfighting was a favored pastime in Greece about 2,500 years ago. State-sponsored lotteries in 15th- and 16th-century England helped raise funds for London's water supply, civil servant salaries, and even the colonization of the Americas. Betting, gaming, and trying one's luck have been pasttimes for millennia, and most of that was done in person until very recently.

The digital revolution has pushed the growth of online gambling, and COVID-19 has only accelerated that trend. As the world has adopted more and more technological advances, so, too, has online gambling embraced them. Technological evolutions have enabled more people to gamble online, from simple prepaid cards to virtual reality. And enhanced security features have bolstered their confidence in doing so safely, allowing them to dive headfirst into the world of virtual gambling.

OLBG reviewed research from across the internet to understand the different technologies used by online casinos. Continue reading to look at how technology is changing where and how bettors play and pay. 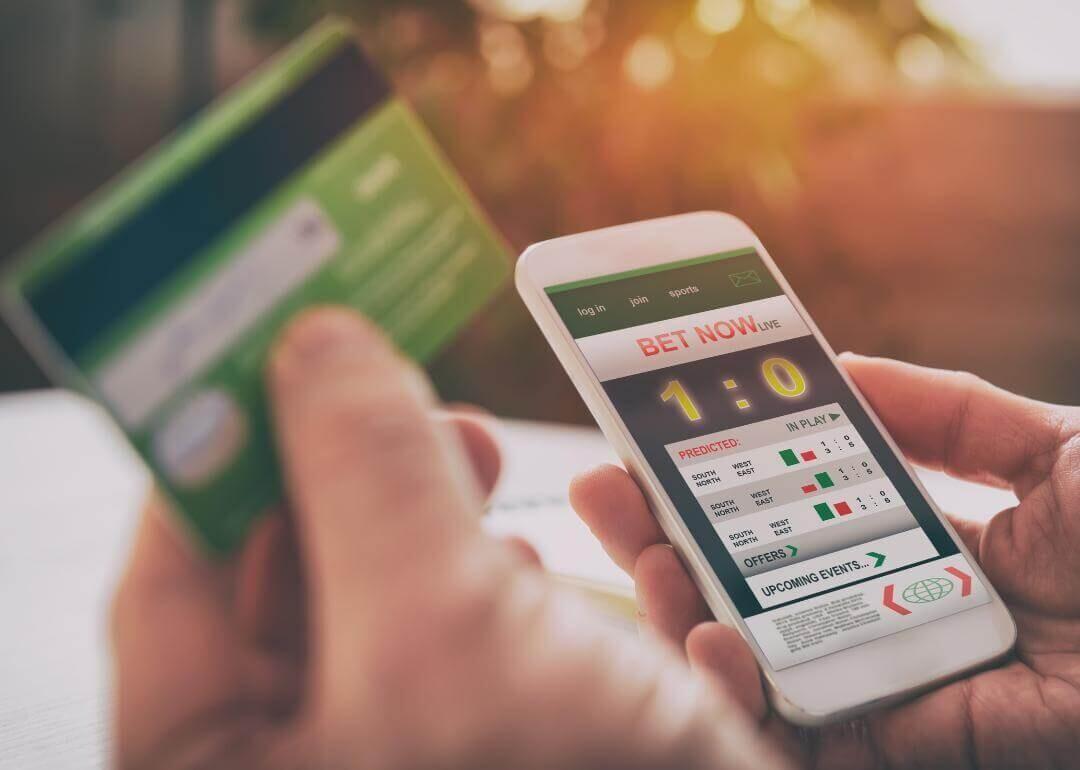 Once upon a time, cash was king in gambling. But now, players can pay in many ways, such as credit and prepaid cards. Players can try to use their Visa, Mastercard, or American Express credit cards on their bets. Still, transactions may not always come through mainly because of conservative bank attitudes toward gambling purchases. Providing credit information in such a high-stakes situation may not also be prudent. Some players opt instead to load funds into a prepaid card, which allows them to keep their financial information safe and caps their spending. However, whether those cards would work depends on the jurisdiction a gamer is playing in.

Cryptocurrencies are the latest development in payment methods. They are digital currencies secured through cryptography and used in conjunction with blockchain technology (discussed next). Cryptocurrencies have been an interesting new method of payment. A critical feature of cryptocurrency gambling sites is that they allow players to be completely anonymous, allaying concerns of players' fraud or security breaches. 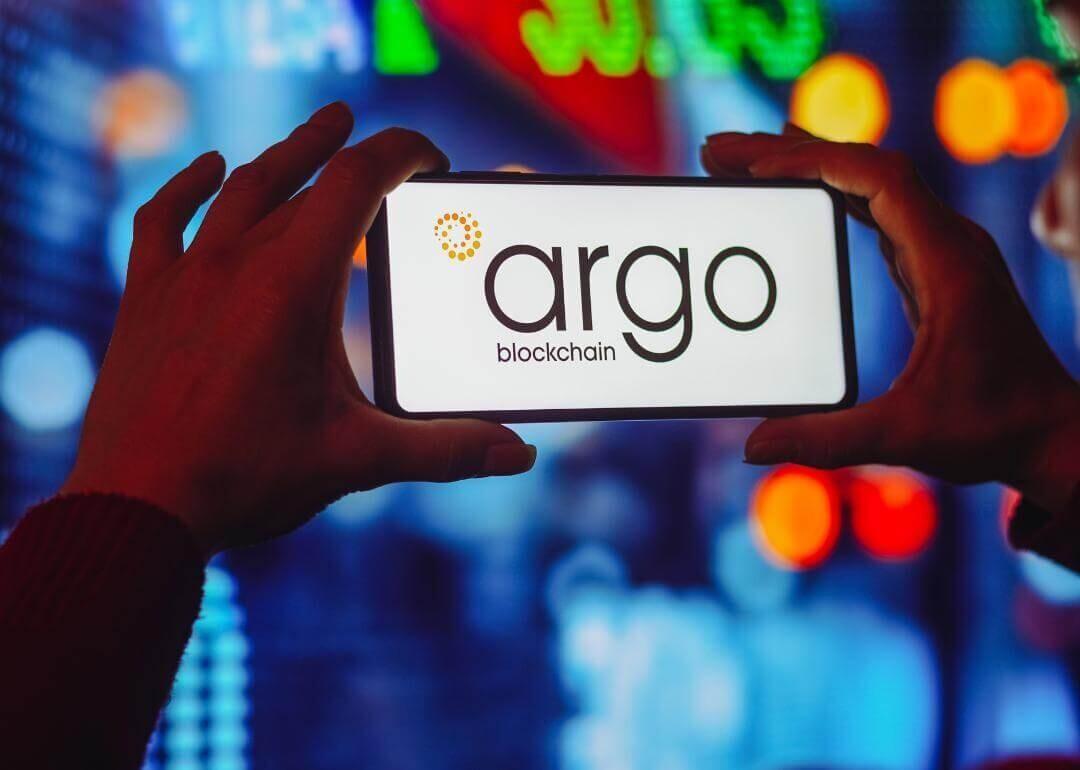 Blockchain is a shared, unchangeable ledger that records any transaction, whether physical goods or digital, including those made in cryptocurrency. These records are maintained across several computers linked together without a central server. The decentralized network of blockchain platforms introduces more transparency with cryptocurrencies while keeping sensitive player information secure. As cryptocurrencies allow gamers to play anonymously, blockchain technology can keep track of each player's wins, losses, and payouts. The resulting playing record is unalterable and publicly available, building integrity into the system from its inception. 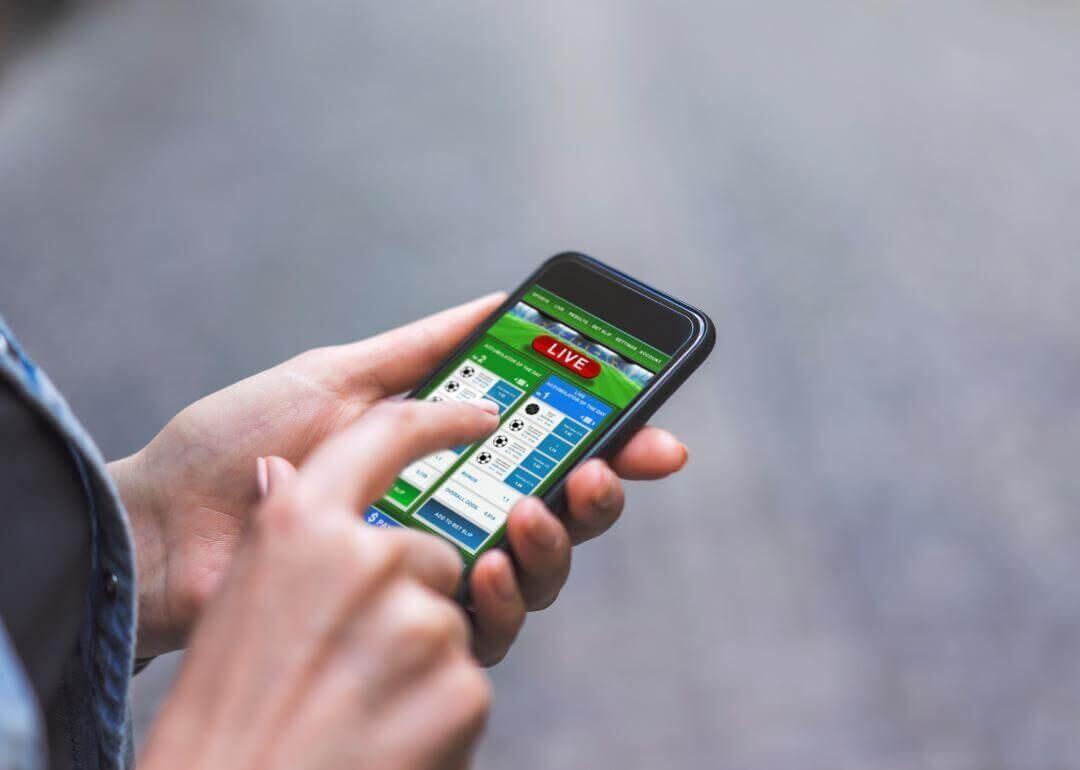 Smartphones have almost become a necessity rather than a luxury in society today. It enables many not just to call their loved ones but also to keep up with the news, shop, and, yes, even gamble. The rise of smartphones began with the introduction of iPhones in 2007. By 2020, 78% of the world had access to a smartphone. Players could now place bets and easily play whatever games they like anywhere in the world with a cellphone signal. The COVID-19 pandemic only accelerated the popularity of smartphone gambling. Some gamblers, who might have ordinarily taken trips into a casino to place bets, instead chose to play games right from the safety of their homes. 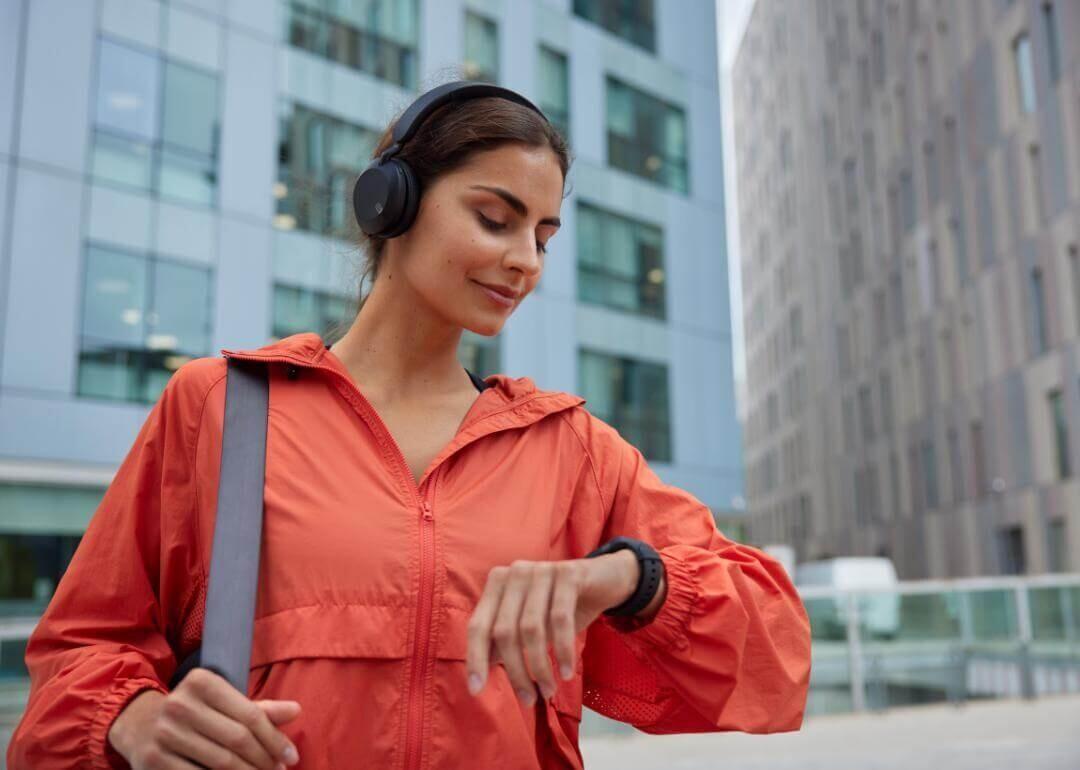 If smartphones aren't mobile enough, what about a smartwatch? A smartwatch is a wearable computing device that resembles a traditional wristwatch, just with additional smartphone features such as the ability to check email, answer phone calls, and run applications—including those that support gambling. Some operators have released applications that allow betting, but these have yet to be fully adopted in the industry. 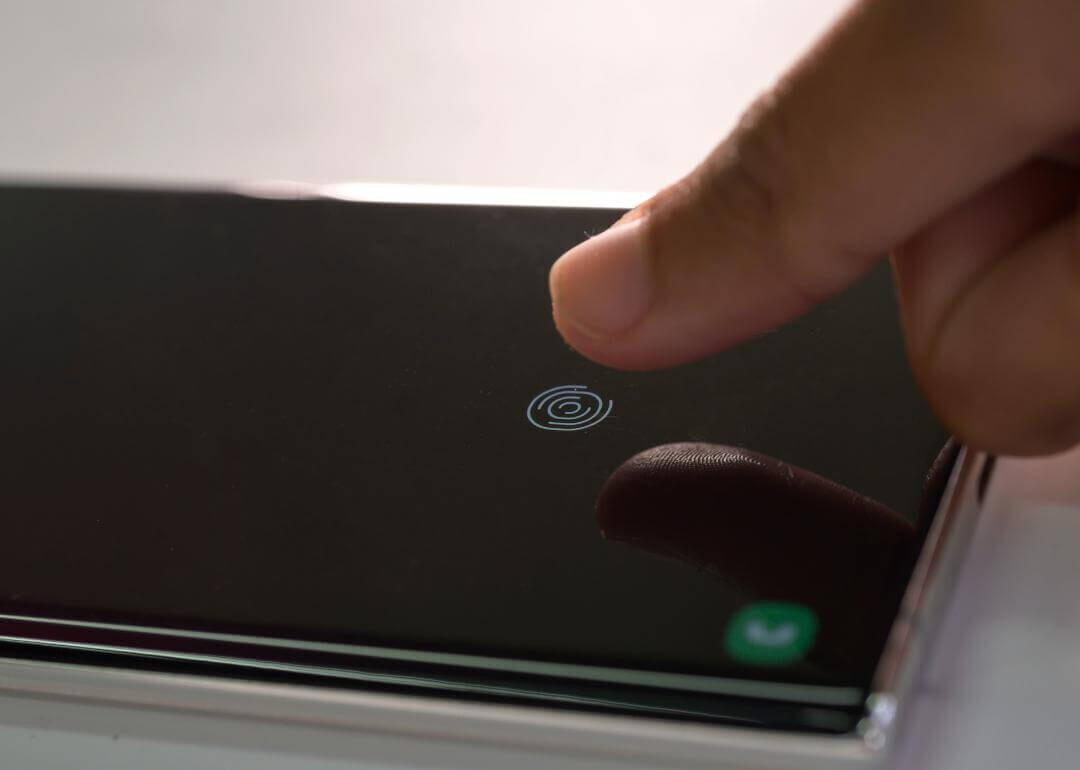 As online gambling has risen in popularity, so have security concerns. More and more, proving a player is who they are has been an essential part of the process. One way to do that is right at the player's fingertips. Fingerprint logins are a form of biometric technology that allows people to access online services using images of their fingerprints. This kind of biometric authentication has enhanced the security of online gambling since biometric data is difficult to duplicate. 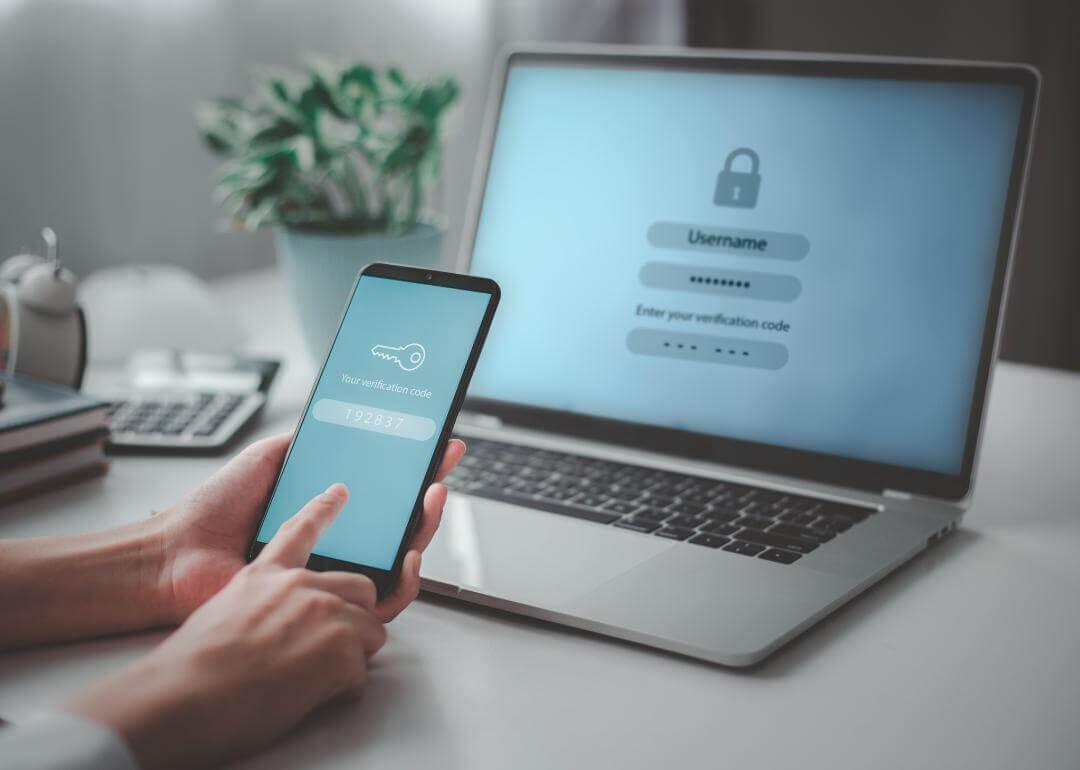 Another way to add more security is by doubling the locks, which is what two-factor authentication essentially does. Players who have enabled two-factor authentication log into an online portal using two different verification forms; this typically entails a password and then responding to a security question or confirming login from another device owned by the same player. This adds an extra layer of security, making it more difficult for thieves to access a player's personal and financial information. 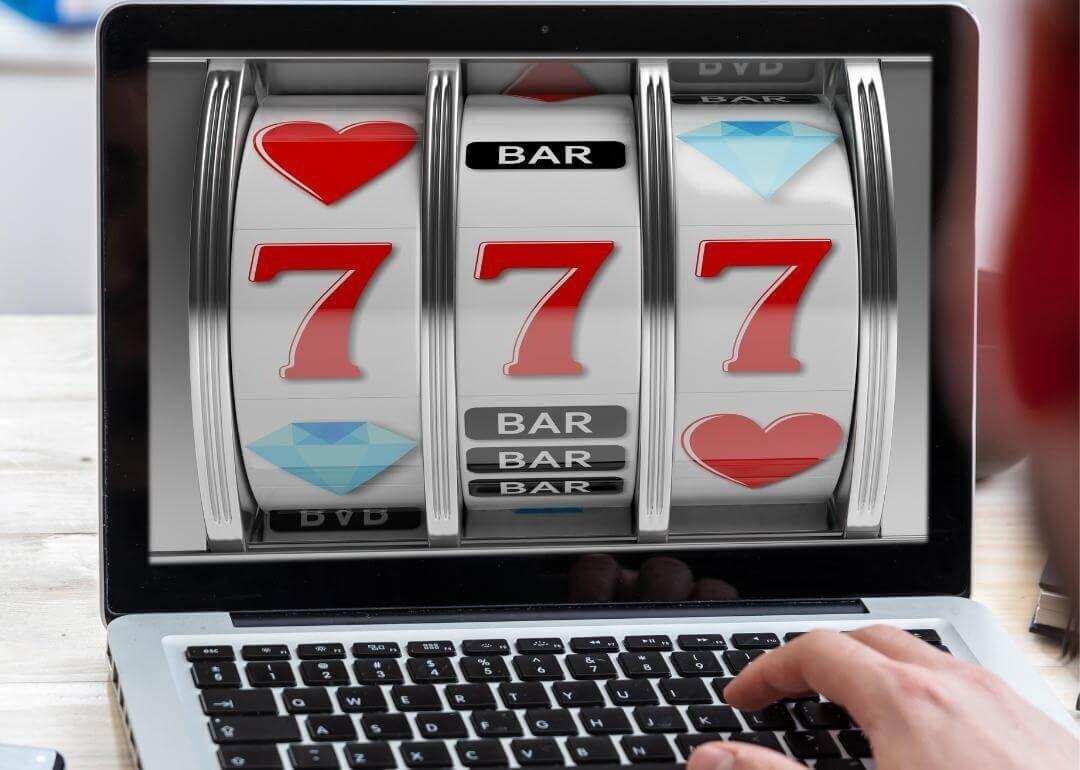 Technology has not only upped the security of online gambling, but it's also making playing games of chance online more exciting, starting with the simple slot machine. What was once a simple game of chance triggered by pulling a lever is now quite the cinematic experience.

3D technology has upped online gaming's entertainment value by adding more impressive graphics and even story elements, which gamers can play on their computers much like video games. Winning combinations could trigger cinematic interludes such as flying through the desert or even unlock bonus games like additional gladiator fights. These features enable players to feel they are progressing through an experience rather than repetitively playing slots

The cloud refers to services accessed over the internet and not tied to a physical location or hardware. Cloud-based services and games allow people to gamble anywhere, using any device—such as smartphones, tablets, or laptops—connected to the internet. Rather than purchasing a disc or downloading a program to their computers, players can navigate directly to an operator's website and play online immediately. 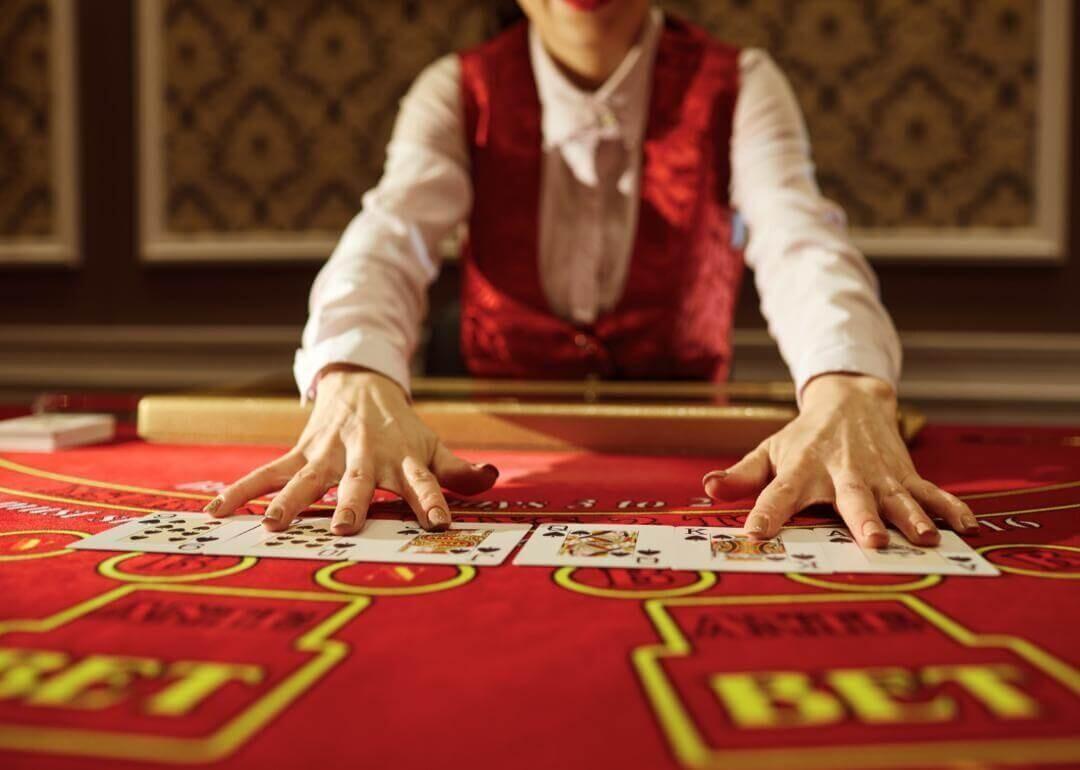 The excitement of playing on the floor of casinos in Las Vegas or New Jersey can be a dream come true but barring the funds to do that live casino games come pretty close. In live casino games, a dealer and his table are filmed from a remote studio with cameras broadcasting to players' computer screens. Each physical card that is dealt also pops up on the player's screen, allowing them to indicate which cards they want to put in play. Additional features like audio and chat also simulate the social aspects of a gambling environment. Common games played in live casino games include blackjack, roulette, and baccarat.

A step above live casino games, virtual reality casinos, and games in the metaverse let players feel as if they're there or, even better, somewhere in space or underwater. Inside a virtual reality casino, players can sit at a table, walk up and down the hallways and interact with other players just as they would in a physical space with the help of special headsets, glasses, or gloves with sensors. Because it is a digital world, a poker or blackjack game can instead be set in a created environment (again, much like video games).

Similar to virtual reality casinos, the metaverse is a digital gathering space, but this time players can also interact with each other using their avatars. Minecraft, Animal Crossing, or Fortnite are great examples of metaverses, where players are asked to create their characters and move around in the same digital space. Virtual reality and the metaverse are immersive online worlds that allow people to capture the feel of playing in person while staying home.