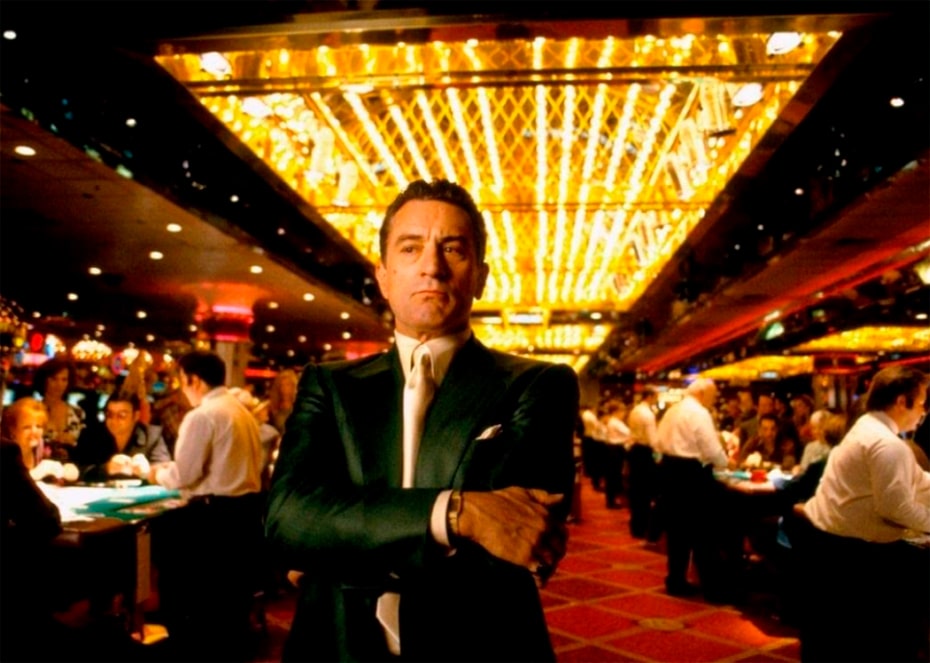 The flashing lights, the sirens, the hum of conversation, and the thrill of placing a bet are all part of the allure of casinos. While gambling has been around for centuries, casinos began popping up in Italy in the 17th century. The Casino di Venezia, which opened in 1638 in Venice, is the world’s oldest casino, though it was originally known as Theatre Saint Moses. It offered guests the opportunity to gamble during theatrical production intermissions.

By the 19th century, casinos appeared all over Europe. In the United States, towns like Las Vegas and Reno in Nevada, and Atlantic City in New Jersey, became known for casinos and the infamous ties held to organized crime. Gambling itself had a reputation as a vice that could lead to other bad habits.

Hollywood’s own obsession with casinos has a long history as well. Classic film “Casablanca” features a casino as part of Rick Blaine’s nightclub. Throughout the next several decades, directors like Robert Altman, Martin Scorsese, and Steven Soderbergh tried their hand at movies about the appeal of gambling and the casinos that supported the lifestyle.

OLBG researched the history of casinos on screen and put together a list of 20 of the best casino films. To be included, movies had to have important scenes take place in a casino, and the film had to have at least a 6.0 on IMDb or a 65 on Metacritic. 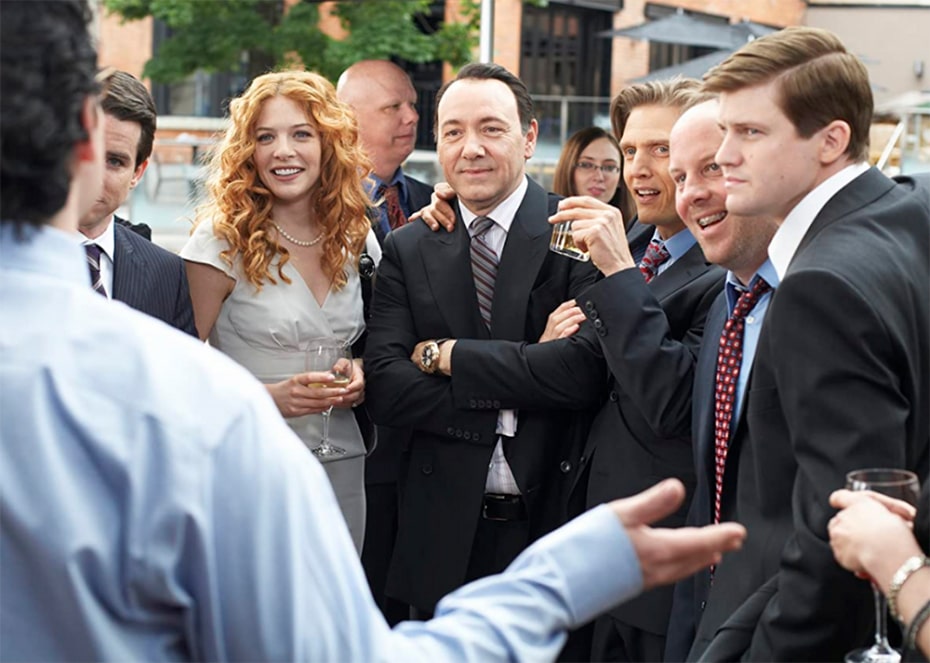 This fictionalized retelling of a true story stars Kevin Spacey as Jack Abramoff, a corrupt Washington D.C. lobbyist motivated by greed and power. Abramoff and his partner Michael Scanlon stole funds from Native American casinos all while twisting laws for their convenience. In a nod to the 1996 film “Jerry Maguire,” one scene finds Scanlon and Abramoff screaming, “Show me the money!” Actress Kelly Preston who plays Abramoff’s wife in the film played Maguire’s former girlfriend as well. 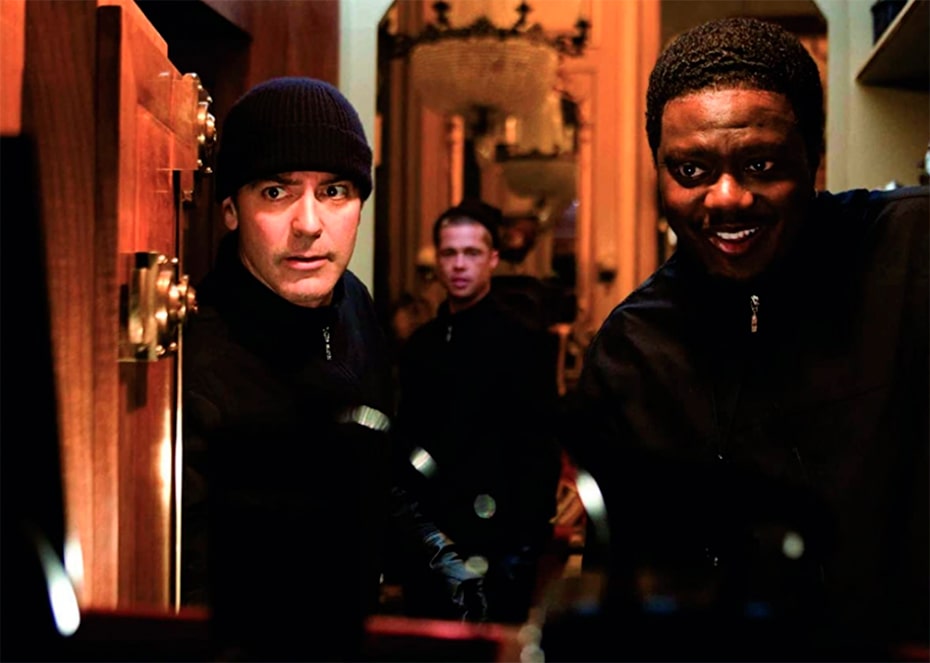 The sequel to “Ocean’s Eleven” finds Danny Ocean adding a partner to his band of thieves as they work together to pull off several European heists. Steven Soderbergh directed not only this second film in what would be a trilogy, but all three “Ocean’s” installments. George Clooney, Brad Pitt, Julia Roberts, Elliot Gould, and Bruce Willis not only starred in the film, but they also had another thing in common—they were all guest stars on the sitcom “Friends.” 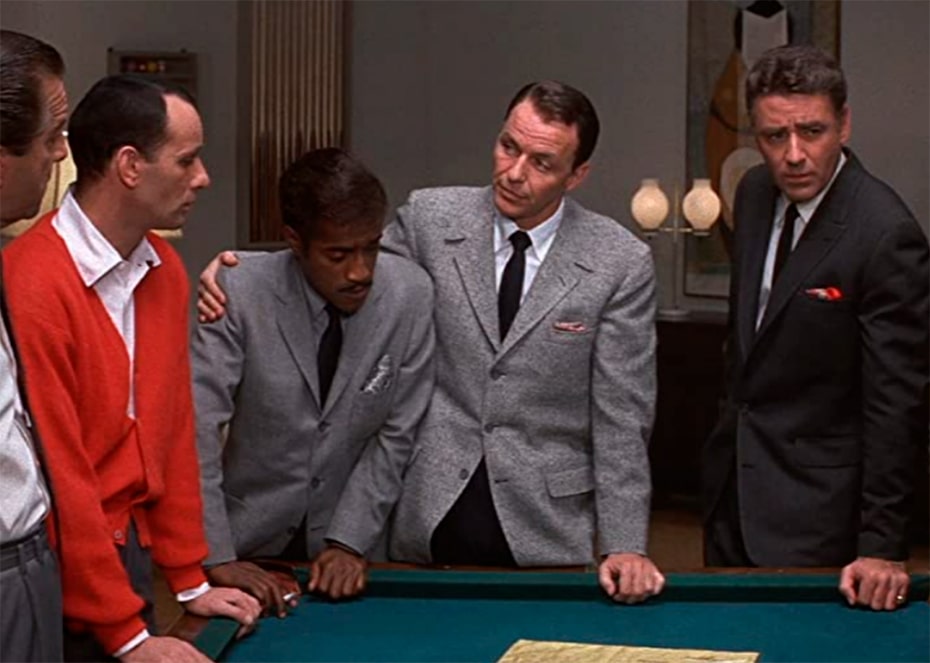 Featuring the Rat Pack—Frank Sinatra, Dean Martin, Sammy Davis Jr., Peter Lawford, and Joey Bishop—“Ocean’s 11,” focuses on 11 men who pull off an unbelievable Las Vegas heist. Danny Ocean, played by Sinatra, leads his former World War II buddies in a plan to rob multiple casinos in a single night. This classic film would be remade in 2001 with George Clooney taking over the role of Danny Ocean. Angie Dickinson played Danny Ocean’s ex-wife in the 1960 film, while Julia Roberts stepped in for the updated version in 2001. 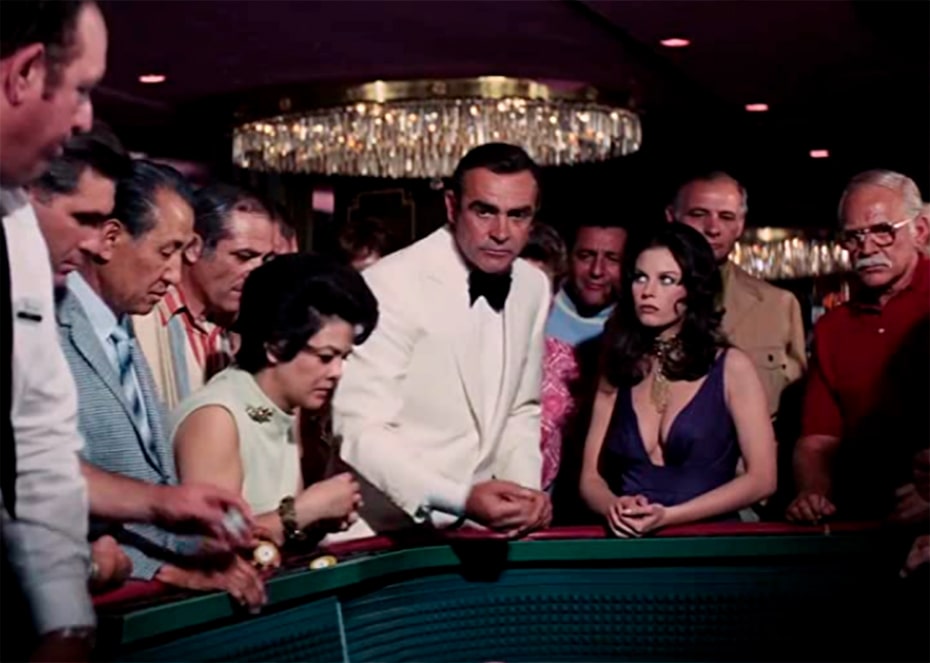 The seventh film in the James Bond film franchise, which was based on the novels by Ian Fleming, stars Sean Connery as 007. The spy jets off to Las Vegas to investigate diamond smuggling and discovers a wealthy tycoon and a nefarious plot. Connery was the first actor to play James Bond and starred in seven of the films. The Oscar-nominated film was shot on location in Las Vegas at several casinos including The Riviera, Tropicana Las Vegas, and Circus Circus Las Vegas. 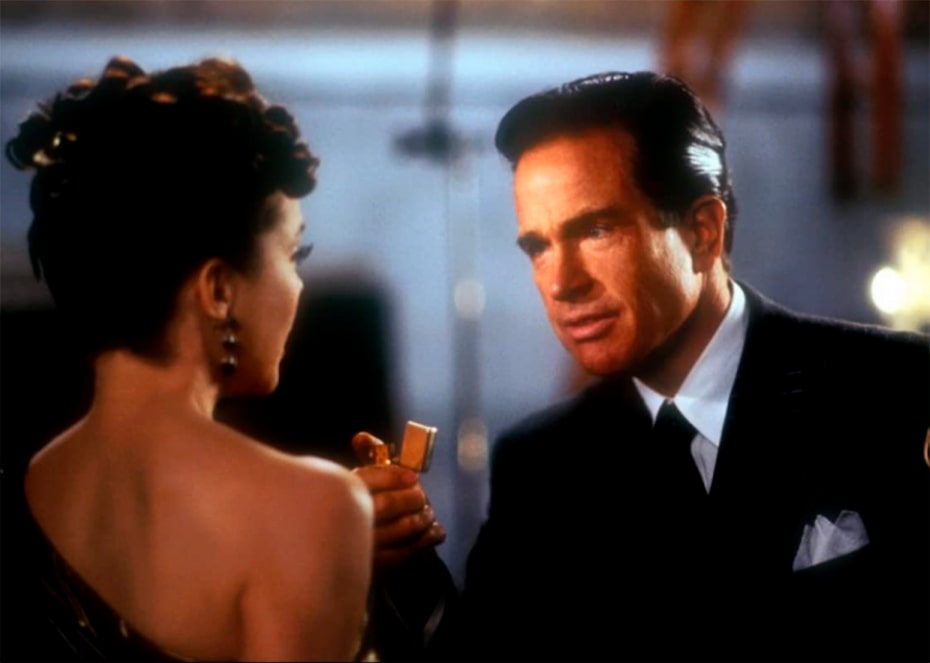 This film chronicled the life of notorious mobster Bugsy Siegel and his significant role in building modern Las Vegas. Starring Annette Bening and Warren Beatty, the two would fall in love during filming, marry soon after, and go on to have four children together. The film was nominated for an astounding 10 Oscars and won two. While “Bugsy” lost for best picture at the Oscars to “The Silence of the Lambs,” it did manage to take home the Golden Globe Award for best motion picture–drama. 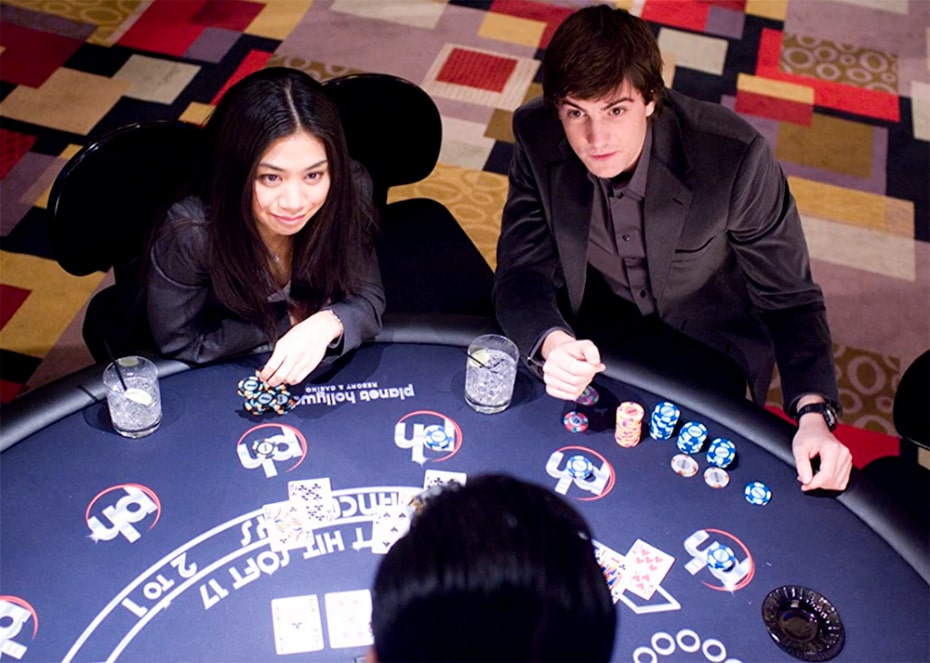 Under the tutelage of a Massachusetts Institute of Technology professor, six MIT students were trained to become card counters and made a killing in Las Vegas in this film, which is loosely based on the novel “Bringing Down the House” by Ben Mezrich. While many filming locations were in Boston, including the Public Garden, Boston University, and Newbury Street, Las Vegas was also an important filming locale for “21.” According to the Nevada Film Office, shooting took place in many Las Vegas casinos, including Planet Hollywood, The Venetian, Caesars Palace, Hard Rock Hotel, and Red Rock Casino. 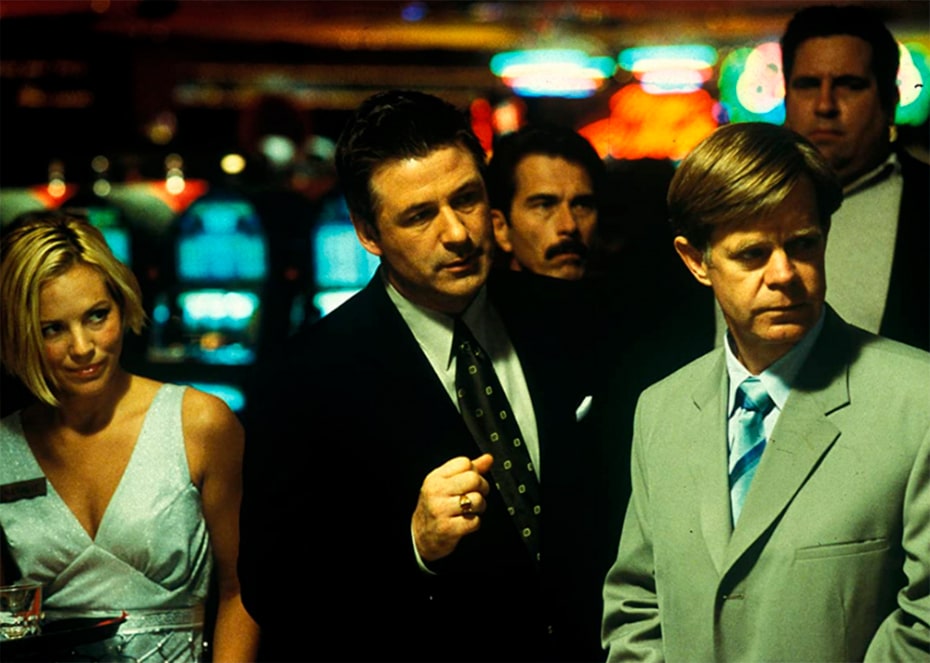 An unlucky man is used by the mob to cool things down for high rollers who are on a winning streak at a Las Vegas casino until he gets lucky in love, changing his own luck at the casino. Maria Bello, William H. Macy, and Alec Baldwin star in this film that was primarily shot in Reno, Nevada. Baldwin received both an Oscar and a Golden Globe nomination for best supporting actor for his role as casino boss Shelly Kaplow. 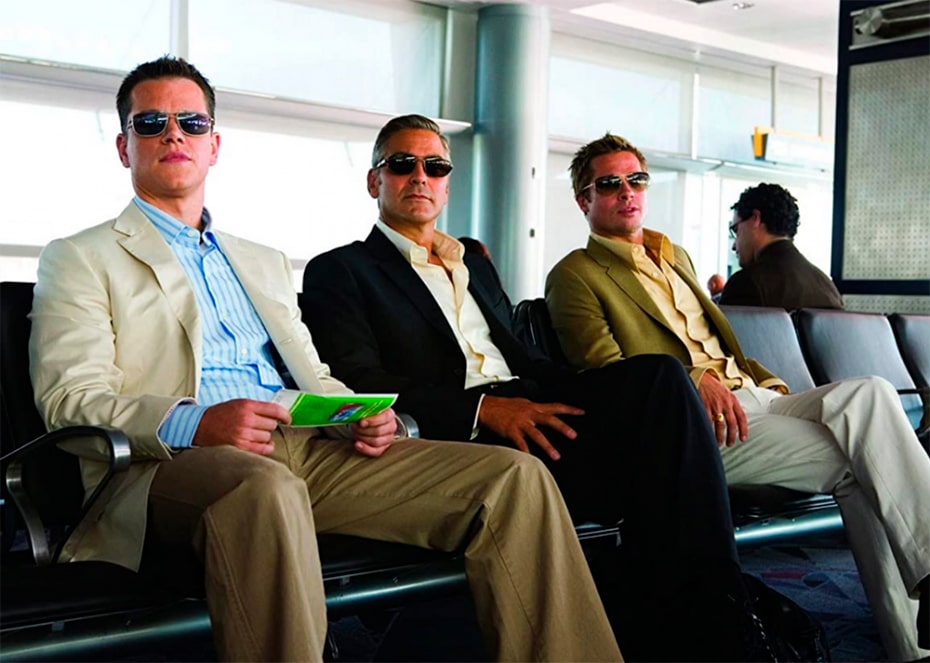 The final film in the “Ocean’s Eleven” trilogy, “Ocean’s Thirteen” finds the gang getting together to pull off another heist after one of the original 11 is double-crossed by casino owner Willy Bank, who is played by legendary actor Al Pacino. One of the lines in the film, “You shook Sinatra’s hand,” is a reference to Frank Sinatra who played Danny Ocean in the original version of “Ocean’s 11.” The phrase is meant as a sort of moral code or gentleman’s agreement. 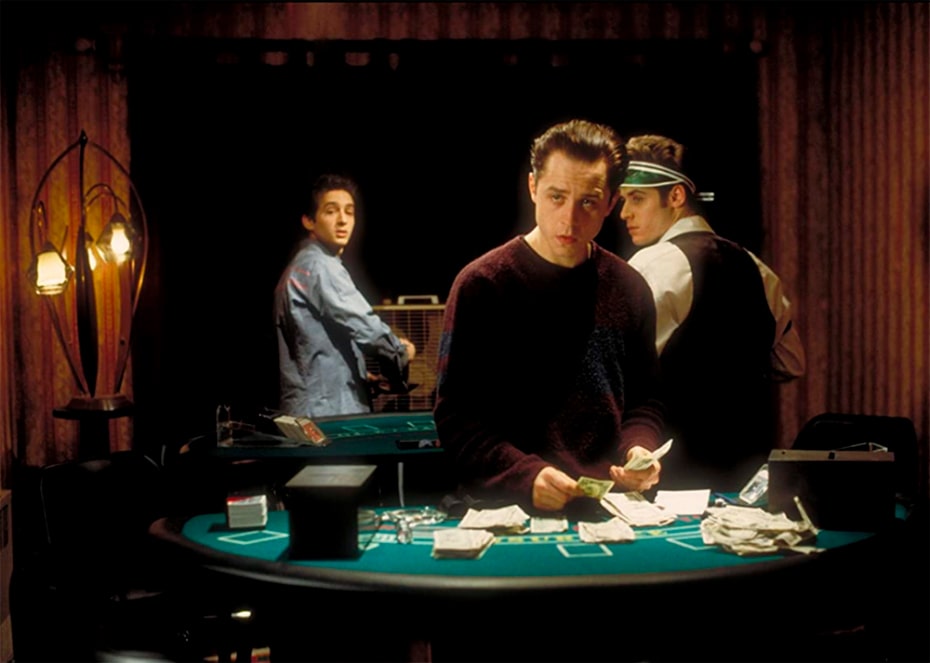 When Seth Davis’ father, a judge, catches him running an illegal casino from his apartment, he isn’t happy. Davis, played by Giovanni Ribisi, goes out and gets a job as a broker in a boiler room, which according to Dictionary.com is, “a place where illicit brokers engage in high-pressure selling, over the telephone, of securities of a highly speculative nature or of dubious value.” The film was loosely based on the story of Jordan Belfort who was the subject of the 2013 Martin Scorsese film, “The Wolf of Wall Street,” which was also the title of Belfort’s memoir. 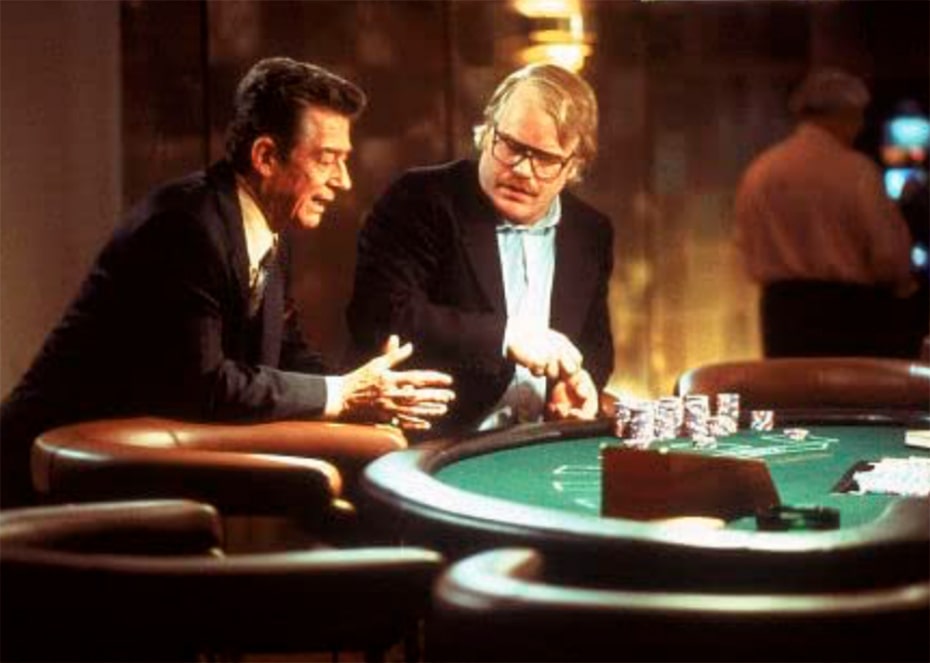 At the heart of this film is a tale of gambling addiction. Based on the true story of Brian Molony, “Owning Mahowny” tells the tale of Dan Mahowny, a bank manager, who has access to multimillion dollar accounts that he used to feed his gambling habit. The real-life Molony committed bank fraud by embezzling $10.4 million from the Canadian Imperial Bank of Commerce. The film, starring Philip Seymour Hoffman as Mahowny, was filmed in Toronto and Atlantic City, where Molony actually dropped $1.4 million at a New Jersey casino just before his arrest in 1982. 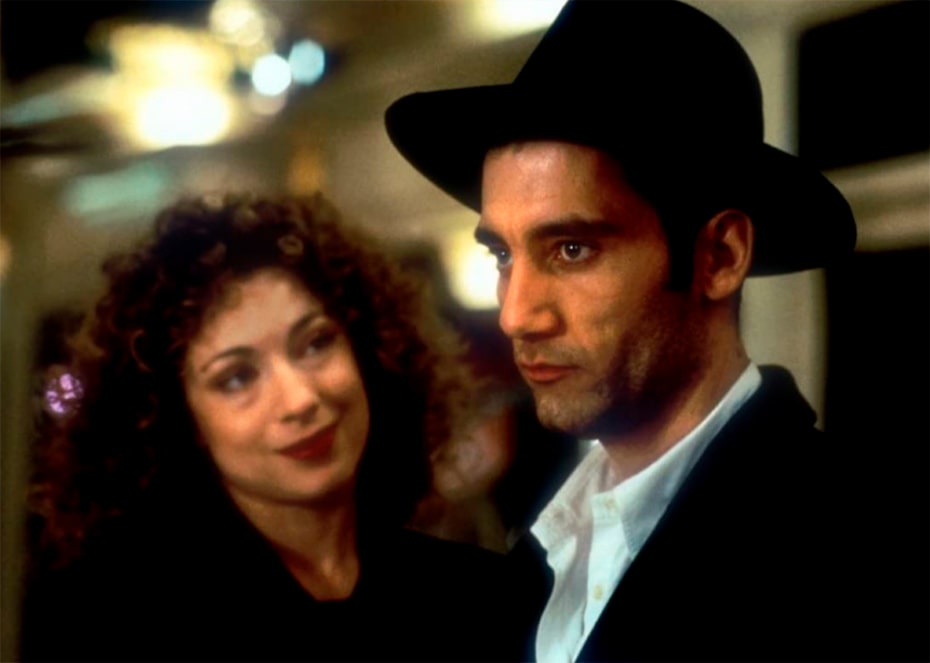 Aspiring writer Jack Manfred gets a job as a croupier, someone who works the tables at a casino and handles bets and payouts. While Jack does not gamble, his father does, and it is he who gets Jack the job at a London casino. Portrayed by Clive Owen, Jack gets caught up in a love triangle and a plot to cheat the casino before the film’s end. The casino in the film was actually created on a set in Germany. 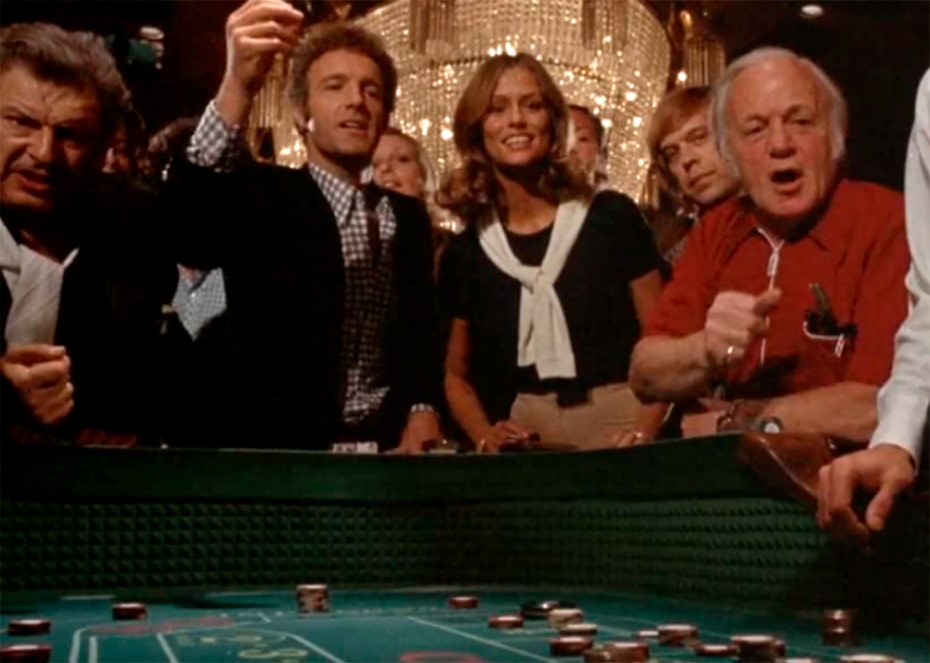 James Caan stars as high-stakes gambler and English professor Axel Freed, who gets so caught up in gambling that he offers a loan shark his life for collateral against a loan. This crime thriller earned Caan an Oscar nod for best actor. Screenwriter James Toback has plenty of experience with gambling and based the film’s screenplay on his own addiction—though Freed’s gambling appears to be an addiction to the rush and danger rather than to the act of gambling. A 2014 remake of the film starred Mark Wahlberg in the lead role. 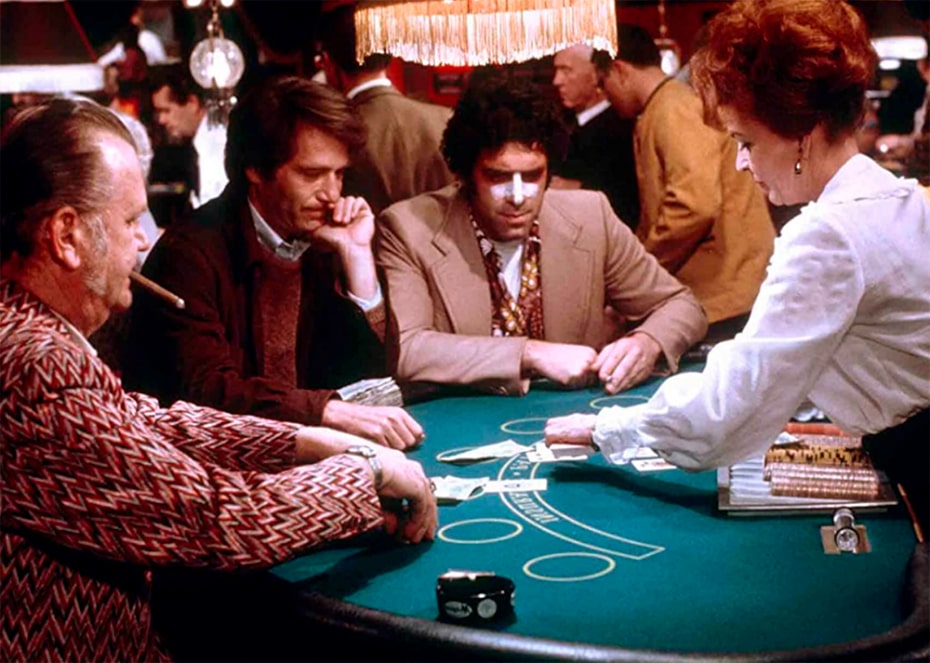 A casual gambler and a professional become friends and dig themselves deeper into the world of betting in this film starring Elliott Gould and George Segal. In a final desperate attempt to win big, the two characters head to Reno, Nevada, for the poker game to end all poker games. “California Split” was the first non-Cinerama film to use the eight-track sound system for dialogue, allowing for the recording of eight separate audio channels. The use of this technology solidified Altman’s use of overlapping dialogue, which became one of his trademarks as a director. 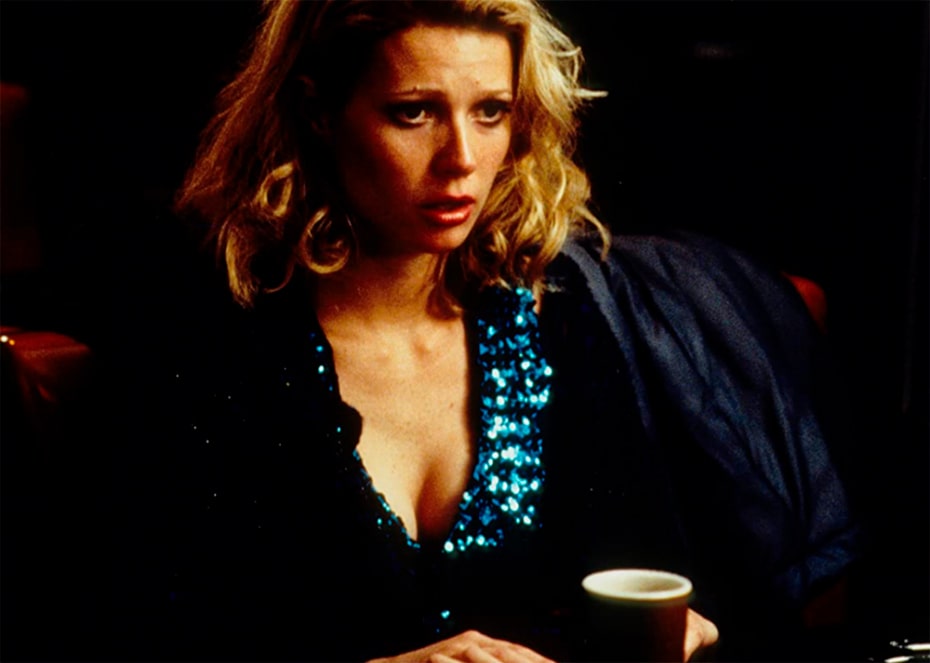 “Hard Eight” marked director Paul Thomas Anderson’s film debut and was based on his short film “Coffee & Cigarettes.” A professional gambler played by Philip Baker Hall, takes a novice played by John C. Reilly, under his wing. Things go okay until the novice falls for Clementine, a cocktail waitress played by Gwyneth Paltrow. Several casinos in Reno and Sparks, Nevada, served as filming locations, including the Nugget Casino Resort. 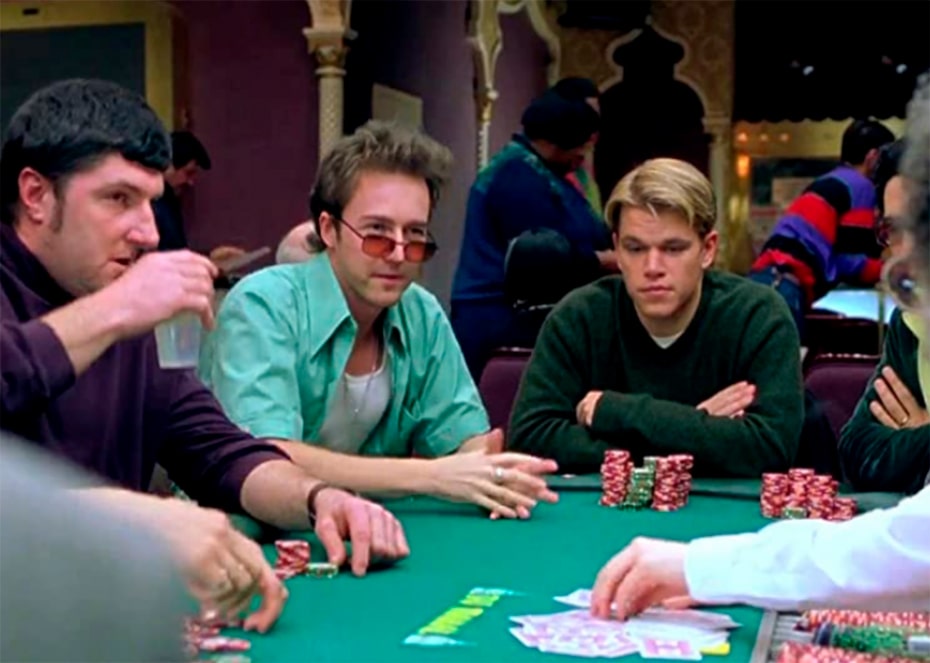 Not only does this film star Matt Damon and Edward Norton, but the supporting cast is an entertainment industry who’s who and includes John Malkovich, John Turturro, Martin Landau, and Famke Janssen. The story finds Damon’s character, Mike McDermott, who is a reformed gambler, helping out his friend, played by Norton, who was recently released from prison and who drags McDermott right back into the world he was trying to escape. Many of the film’s locations were made to look like casinos or country clubs, including the fictional Chesterfield Club in the film. 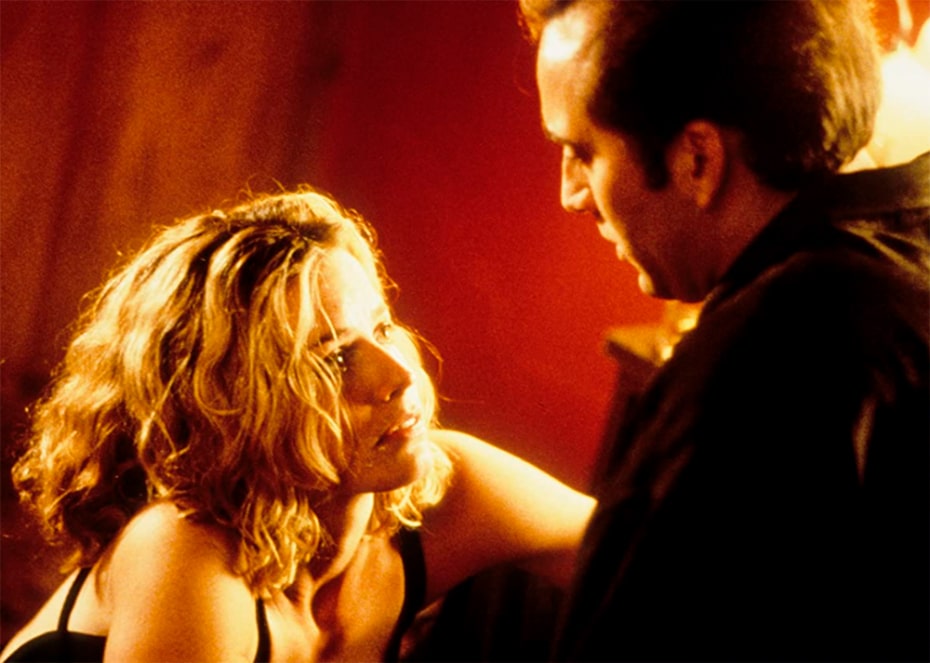 Screenwriter and alcoholic Ben Sanderson, played by Nicolas Cage, heads to Las Vegas to drink himself to death. There he meets a prostitute named Sera, portrayed by Elisabeth Shue, who promises not to interfere with his plan, though things get complicated when they fall in love. The film is based on John O’Brien’s semi-autobiographical novel. O’Brien died at 33, before production on the film began, and according to the author’s father, the novel served as a morbid suicide note. 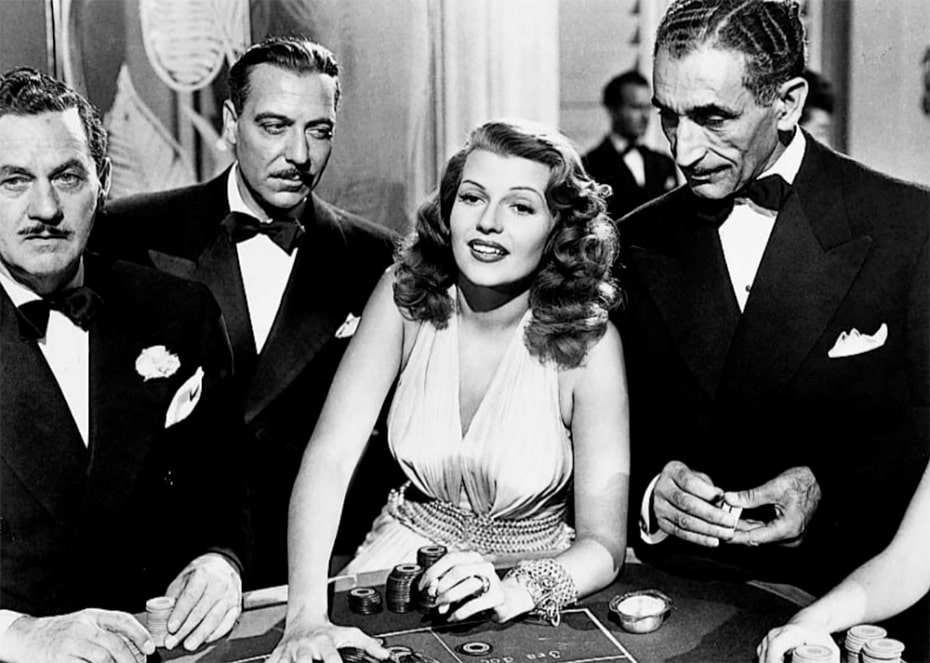 Starring Rita Hayworth and Glenn Ford, this classic film finds a small-time gambler getting caught up in shady business when he discovers his former lover is married to his current employer at a casino in Buenos Aires, Argentina. The film was nominated for the Grand Prize of the Festival for feature film at the Cannes Film Festival. Hayworth did not sing a word in the film, but rather, was talented at lip syncing. Anita Ellis was the singing voice behind Gilda. 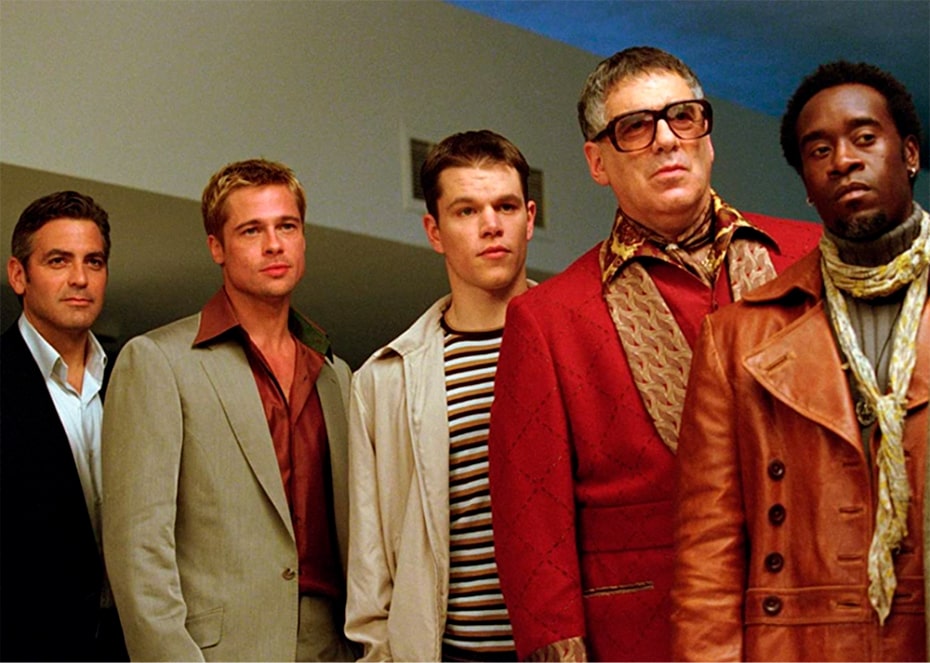 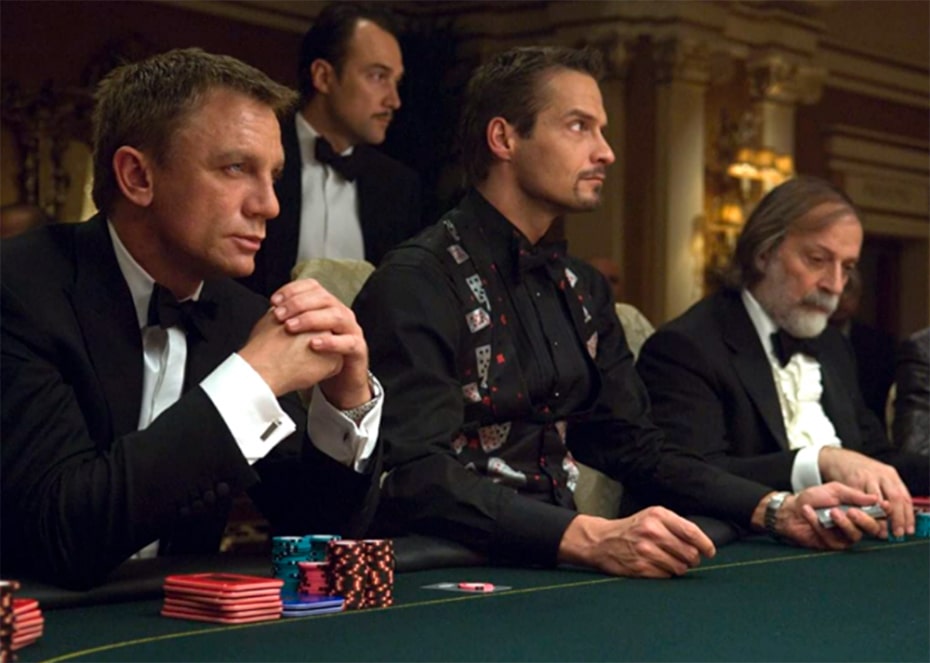 In his first mission as super spy 007, Daniel Craig as James Bond must defeat an evil banker at Casino Royale, Montenegro, at high-stakes poker. The film serves as Bond’s origin story though it was the 21st film in the franchise and the third film adaptation of Ian Fleming’s first Bond novel. “Casino Royale” was mainly filmed in the Czech Republic spa-town of Karlovy Vary. 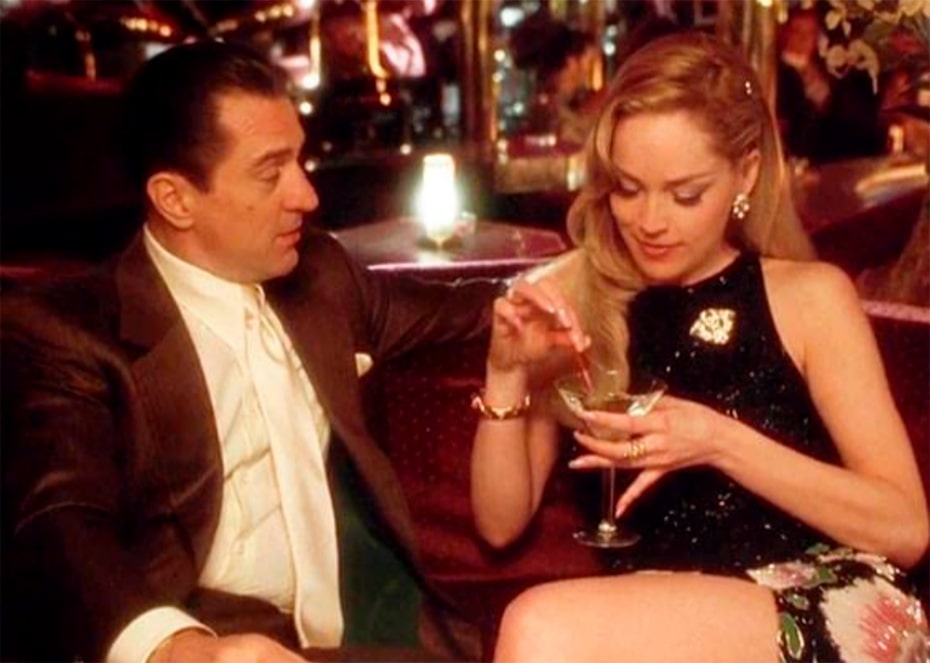 This film was the final one for Saul Bass who designed the title sequence. Bass was well known for his work that not only included several Scorsese films including “GoodFellas,” and “Cape Fear,” but classics such as “Psycho” and “Spartacus.” Starring Robert DeNiro, Joe Pesci, and Sharon Stone, “Casino” was inspired by organized crime associate and casino manager Frank “Lefty” Rosenthal and focuses on the relationship between a casino executive and a mob enforcer. Striving for authenticity, Scorsese filmed at the Las Vegas Riviera, occupying a small section of the casino while real gambling was taking place.