Blogs Other Most Expensive ...

The world’s most celebrated athletes have some of the biggest brands throwing money at them to endorse products – and we aren’t talking about a mere couple of dollars here and there. Top athletes will typically have an entire portfolio stacked with varying brands that endorse them.

However, what we wanted to know is which brands spend the most money on individual athletes. So we looked into data surrounding specific endorsement deals between professional athletes and their most expensive endorsement contracts.

In 2016 Japanese Olympic tennis player Kei Nishikori extended his endorsement deal with the Uniqlo clothing brand. The deal was reported to be worth at least $50 million by sources at SportsPro. And the terms were set to last until the Tokyo 2020 Olympic Games.

The Uniqlo and Nishikori partnership is estimated to be around $50 million U.S. (67.2 million CAD). 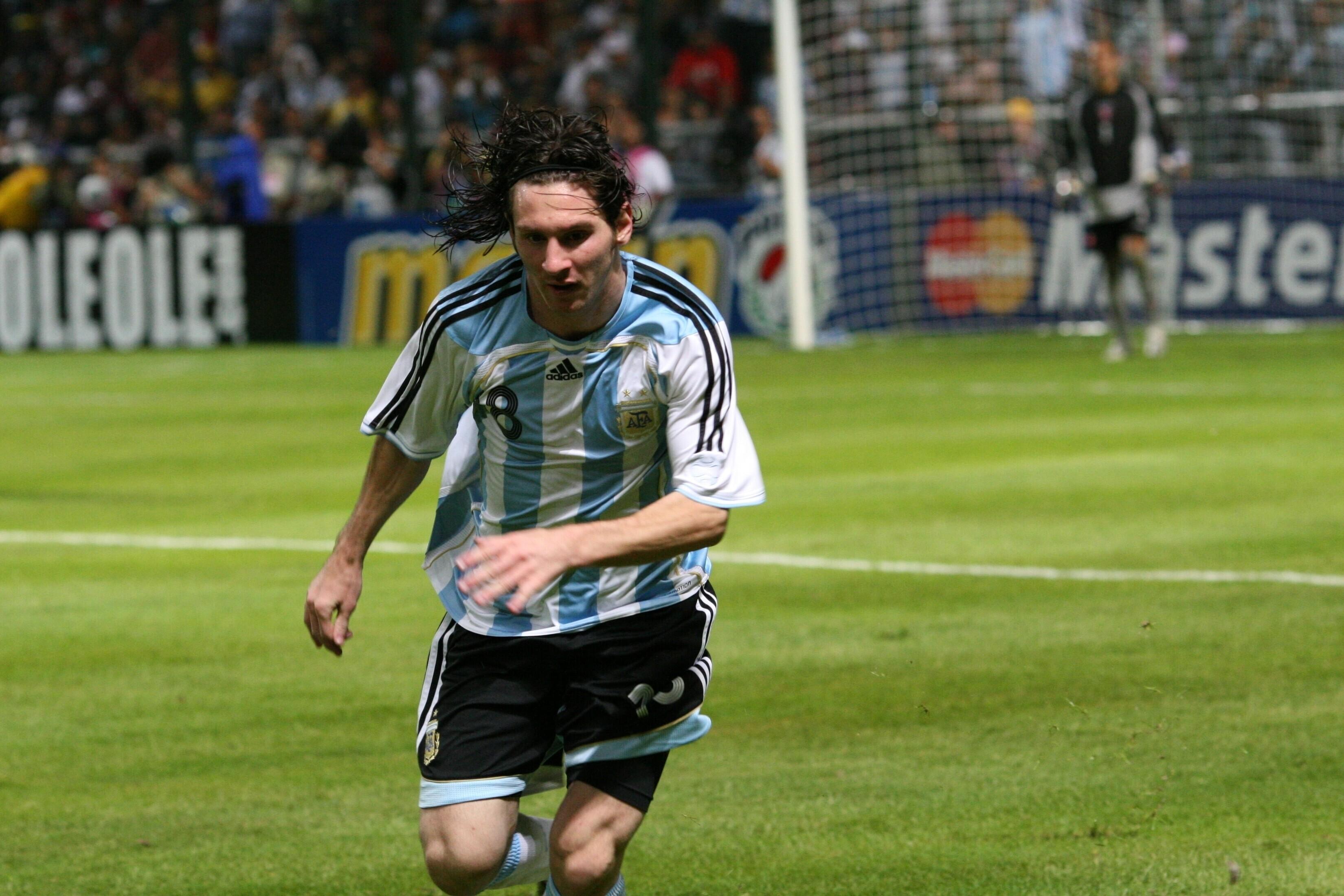 Lionel Messi first signed with the sports attire giant Adidas in 2006. However, in 2017 when his contract was about to expire, he signed a lifetime deal with them – meaning he would earn $25 million per year for the rest of his career. If we calculate at least from 2017 till now, 2022, this breaks down to be $125 million so far.

The value of the Adidas and Messi partnership is so far estimated at $125 million U.S ($168 million CAD)

Professional golfer Rory Mcllroy originally signed with Nike in 2013 and extended the contract in 2017. The extension was set to last an additional 10 years, earning him $20 million per year to use Nike’s apparel and equipment, if we add all that up it breaks down to be $200 million US.

The estimated amount that Rory Mcllroy will make from Nike so far is $200 million U.S (268 million CAD) 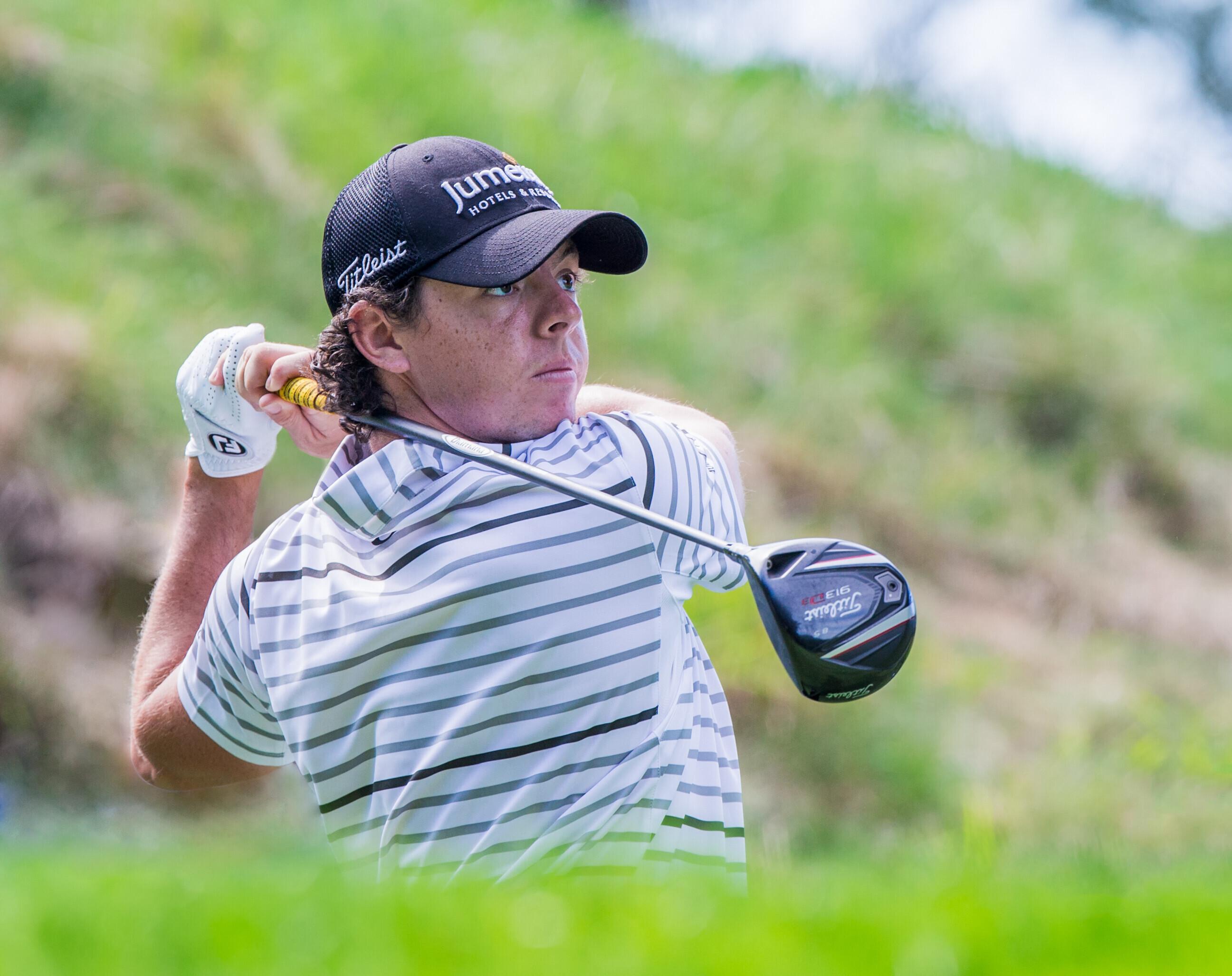 Roger Federer had an endorsement deal with Nike that lasted over 20 years, but in 2018 when it came time to renew his annual $10 million deal, he chose to leave the Nike brand behind.

The Swiss professional tennis player ended up signing a 10-year endorsement deal with Uniqlo, worth $300 million. To sweeten the deal even further, the agreement did not include a retirement clause. Meaning he would still be earning money even after he chose to retire.

The estimated value of the Uniqlo and Federer partnership is $300 million U.S ($403 million CAD) 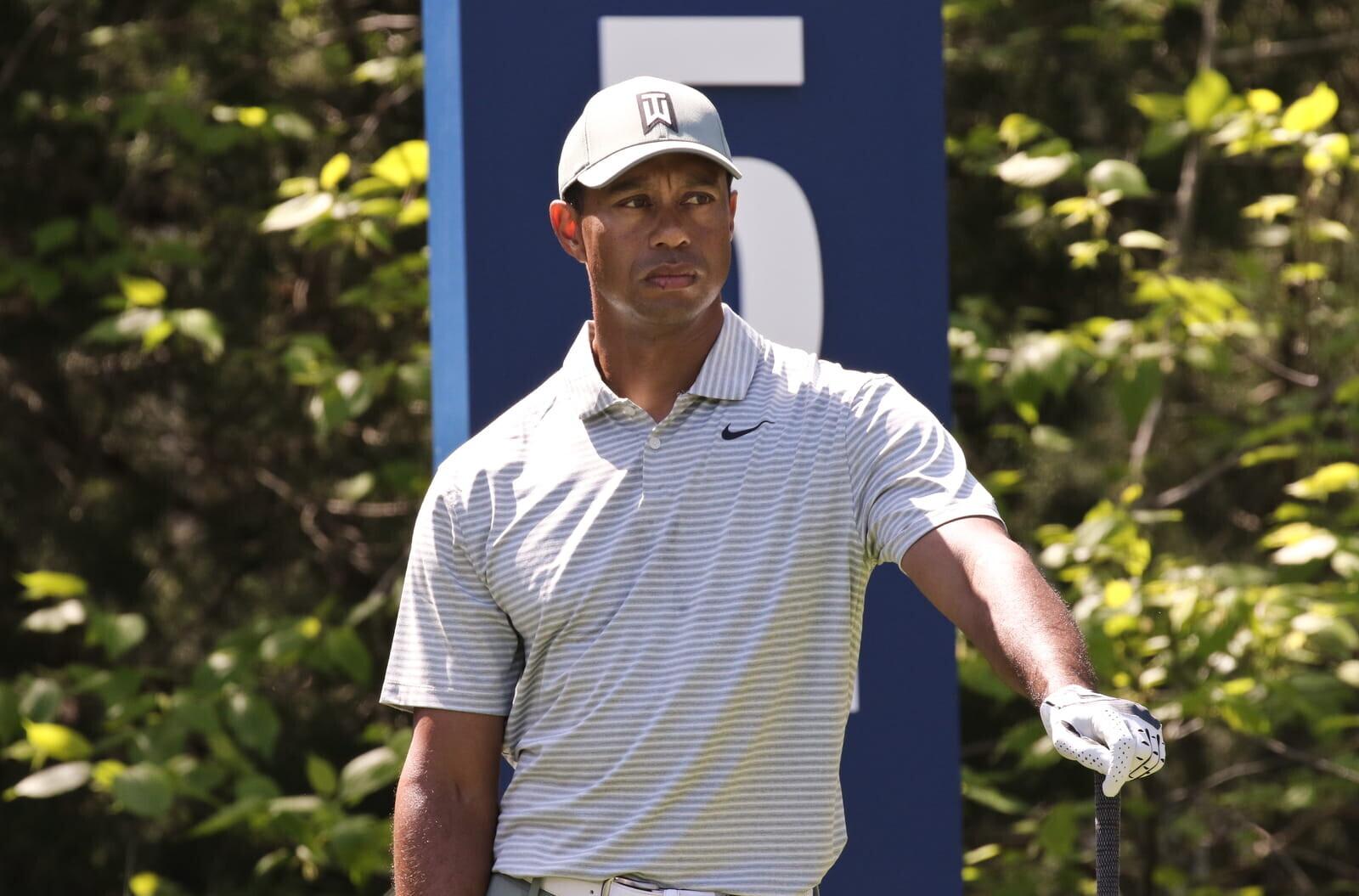 Tiger Woods has a long-standing relationship with Nike. He signed his first deal with them in 1996, it was a 5-year contract worth around $40 million. According to Forbes, in 2001 he signed another deal with them for an additional 5 years, worth $100 million. The deal was extended again in 2006 for another 8 years, worth an estimated $20-40 million annually.

In 2013 the partnership was extended again for an unknown amount and remained in place even after Nike ended their golf equipment line in 2016.

By adding up all the endorsements so far, Nike will eventually pay Tiger Woods an estimated $300+ million U.S ($403 million CAD)

Kevin Durant was drafted into the NBA in 2007 and signed a 7-year endorsement deal with Nike worth $60 million. He was such a fan of Nike that he turned down a deal with Adidas who was offering him around $20 million more.

In 2014 he signed a new 10-year contract with Nike that was reportedly worth $300 million. This also included a $50 million retirement package.

By adding that up, the value of Nike and Kevin Durant’s partnership is estimated to be $410 million U.S ($551 million CAD)

4. Stephen Curry and Under Armour - $1 Billion 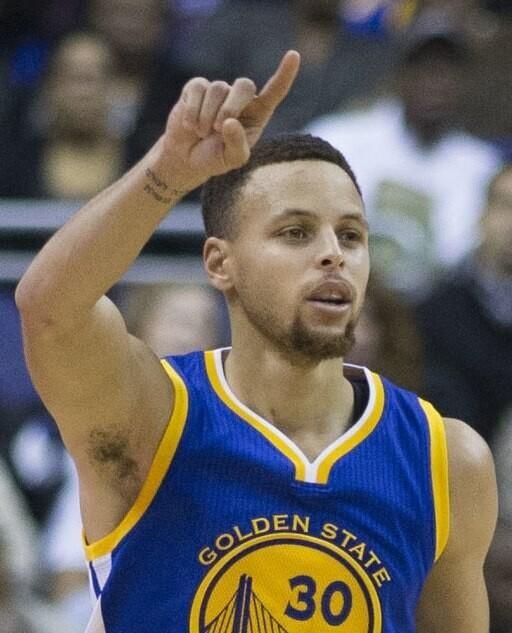 Despite some turmoil between Kevin Plank (Under Armour Founder) and Curry, the partnership between Under Armour and Stephen Curry was so successful that the Curry brand became its own subsidiary in late 2020. This line is comparable to what the Jordan brand is to Nike.

Curry’s current deal with Under Armour is worth $20 million annually but is set to expire in 2024. However, reports from Rolling Stone suggest that he is almost locked in a lifetime contract with Under Armour, potentially worth around $1 billion.

By adding that up, the value of Under Armour and Curry is estimated to be $1 billion U.S. (1.3 billion CAD).

LeBron James first made a deal with Nike in 2003, it was a 7-year agreement worth $90 million (making approximately $12 million per year). When Nike first signed James, they made $10.3 billion in annual sales and saw their first year selling more products globally than within the U.S – as reports from ESPN suggest.

In 2016, James’ business partner, Maverick Carter, told GQ Style that the lifetime deal between Nike and James is worth north of $1 billion.  The exact amount is currently unknown, but he reportedly makes more than $30 million a year from it.

Cristiano Ronaldo signed his first endorsement deal with Nike in 2003. In that same year, Ronaldo joined Manchester United, where he remained for 6 seasons, and then in 2009, he made the switch over to Spanish powerhouse Real Madrid. He eventually switched back to Manchester United in 2021 but will not be staying with them. Currently, he’s playing for Portugal in the 2022 FIFA World Cup.

In 2016 Ronaldo became the third athlete to receive an official lifetime deal with Nike, after LeBron James and Michael Jordan – this also made Ronaldo the first soccer player to receive a lifetime deal from Nike. The agreement is reportedly worth as much as $1 billion.

The value of the Nike and Ronaldo partnership is estimated to be  $1 billion U.S (1.3 billion CAD) 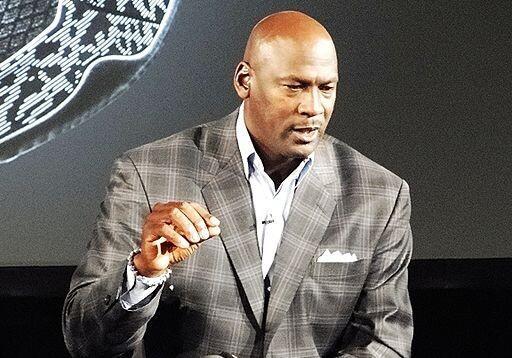 Back in the mid-1980’s Adidas was surpassing Nike in revenue by 50%. So when Adidas came to Jordan with an endorsement deal, they were his first choice. In an ESPN docuseries, Jordan said that his mother made him get on a plane and at least listen to Nike’s proposal before signing with Adidas.

Jordan’s first shoe was banned from the NBA because it didn’t fit the colour scheme. Nike had to take advantage of this moment with an iconic 1984 commercial that said, “On October 18, the NBA threw them out of the game. Fortunately, the NBA can't keep you from wearing them."

The next year when the first Air Jordans became available in stores, Nike earned more than $100 million in sales in the first 12 months – and the growth did not stop there. In 2019, the Jordan brand saw a revenue of $3.1 billion

According to Forbes, the value of Nike and Jordan's partnership is estimated at around $1.3 billion U.S ($1.7 billion CAD) 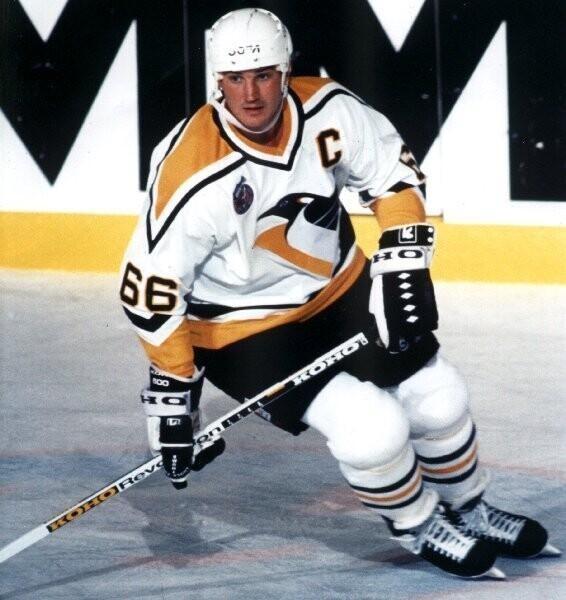 After taking a 3 year long break from hockey, in January 2001 Mario Lemieux signed an endorsement deal with Nike. The arrangements of the deal required Lemieux to wear customized Nike gloves, stick, skates and helmet for the rest of his playing career. This deal was worth $1 million.

However, fans started noticing in 2003 that he stopped wearing Nike gear and questions started rising. ESPN reported that Lemieux’s contract with Nike expired in September 2003. 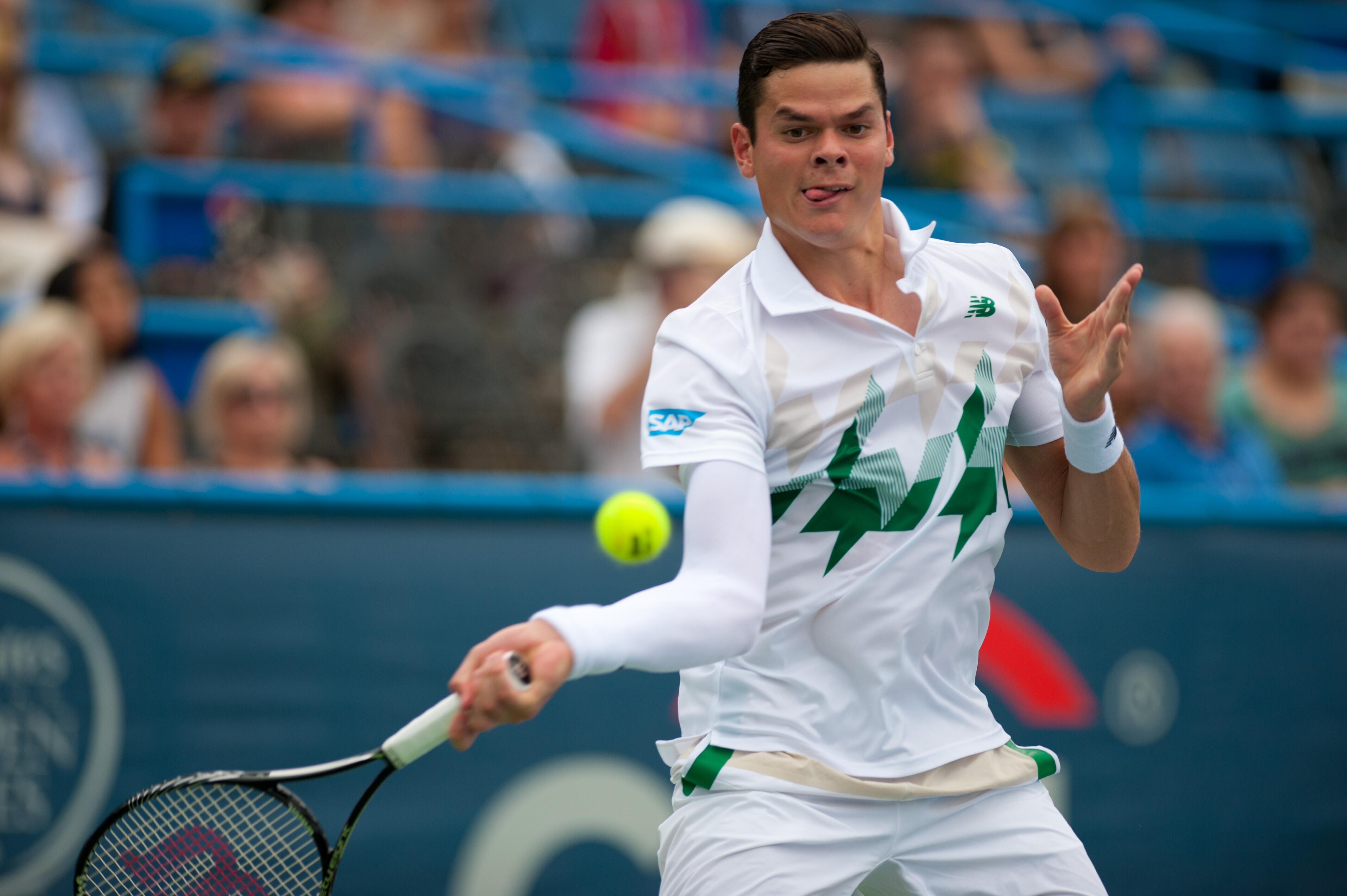 Milos Raonic is a Canadian born professional tennis player, however he is currently inactive. According to Yahoo Sport, he first signed with New Balance in 2013, for a 5 year contract that would pay him $1 million per year. 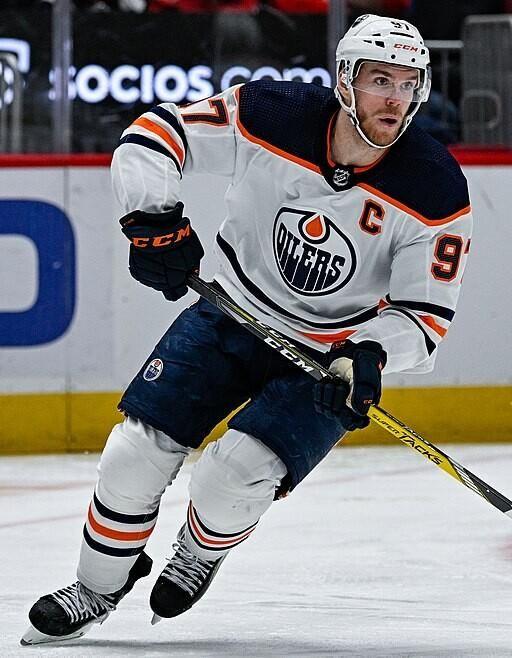 Connor McDavid first signed with CCM when he was still in a junior hockey league and earned a total of $250 000 over the course of 3 years.

In 2015 the endorsement deal was set to be worth $1 million per year. According to sources at SportsPro Media, McDavid will continue to exclusively use CCM equipment during his games until the end of 2023.

CCM and McDavid’s partnership will have a value of an estimate of  $8.25 million U.S ($11 million CAD) 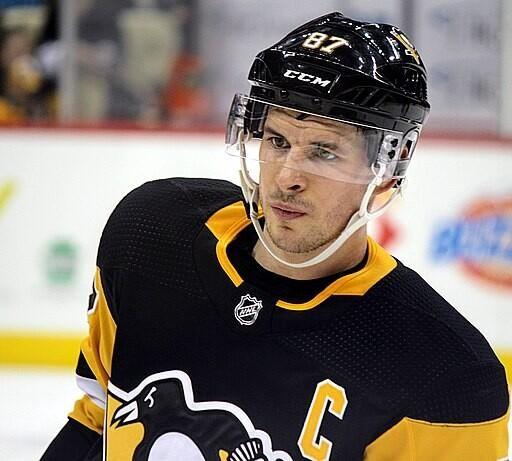 In 2015 Sidney Crosby signed a 6 year endorsement deal with Adidas to work together on designing and developing equipment and apparel. It was reported that he would be earning around $1 - $1.5 million per year for this deal.

A source at SportsNet reported that Stewert Smith, vice president of marketing for Adidas Canada, said “When we look at Sidney, his focus is what we really like. His focus in the rink, but also his focus in training. He’s in unbelievable shape”

Adidas and Crosby’s partnership has a value of an estimate of 10.5 million U.S for this deal ($14 million CAD) 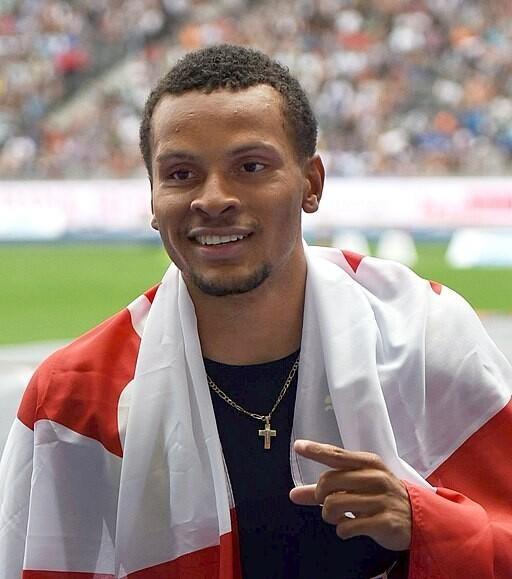 In 2015 he signed a long-term endorsement deal with Puma that paid him a minimum of $11.25 million. There was also the possibility for him to earn millions more if accomplished a series of performance milestones – as reported by the Globe and Mail. 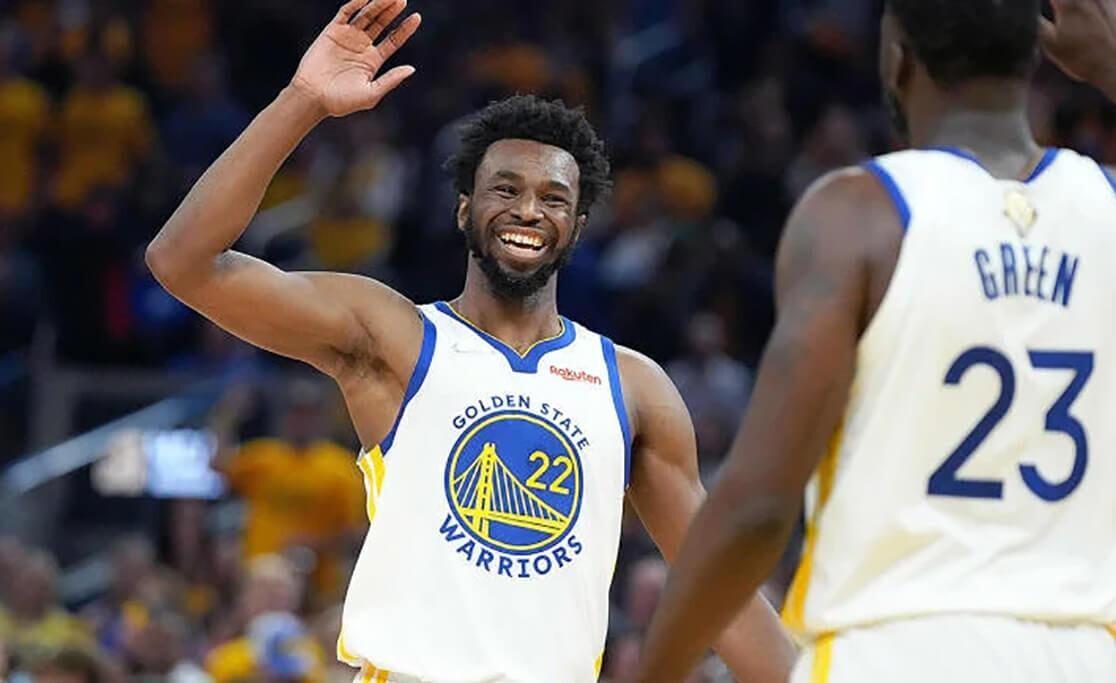 After the 2014 NBA Draft, Andrew Wiggins signed an endorsement deal with Adidas. At first, it was rumored that the agreement was worth $180 million and would last 10 years.

However, NBC Sports established the contract was closer to $10-$12 million and would last 5 years.

Adidas and Wiggins deal is valued an estimate of $12 million U.S ($16 million CAD)

OLBG conducted their own research to find out the most expensive partnerships between individual athletes and brands. OLBG utilised sites such as Forbes, Globe and Mail, SportsNet, Yahoo Sport, SportsPro Media, CBC, Rolling Stone, Insider, ESPN, TSN, Bleacher Report, NBC Sports and Golf Monthly, to compile our data on the endorsement contract details.

Data was collected between Nov 1st - Dec 1st  2022. The conversions from U.S dollars to Canadian dollars are correct as of Dec 1st 2022.