What stadiums and arenas take bets? OLBG outlines retail sportsbooks at professional sports venues based on news reports and releases from the web.

Since 2018, more than half of the states in the U.S. have legalized sports betting. States vary on if they allow online, in-person, or both forms of sports gambling.

Different tribal governments add layers to legalizing sports betting on the state level. California's 2022 ballot features two proposals that could make it the latest state to legalize sports betting. This includes an in-person only bill backed by local tribes. Florida took online bets for only a few months in 2021, before a federal judge struck down an agreement between the Seminole Tribe and the state. That ruling is being appealed, but a decision is not expected until 2023.

The state of New York has legislation pending that would permit betting kiosks outside pro venues, such as Madison Square Garden and Yankee Stadium. Sportsbooks in casinos take venues one step further, by offering fans a place to make bets and earn payouts. They also come along with other perks from a lounge experience.

All four major professional leagues have at least one retail sportsbook at their stadiums or arenas. Nine venues with in-house sportsbooks are spread out over only four professional sports markets. Chicago, Cleveland, Washington D.C., and Phoenix are the only markets with existing or planned books at a team's stadium or ballpark.

Sportsbooks are still in their infancy in the United States. But pro teams are developing them as legislation rolls out. OLBG compiled this list of in-venue sportsbooks using news reports and press releases from across the internet. The stadiums and arenas in this list are ordered by the date (or planned date) of their in-venue sportsbooks opening.

Note that only in-venue retail sportsbooks were counted, so lounges like the upcoming Caesars lounge at New York City's Citi Field (home to MLB's New York Mets) or Allegiant Field's (home to the NFL's Raiders) MGM Club in Las Vegas were not included. Also, only sportsbooks on stadium property are included. This excludes the Caesars Sportsbook at the Horseshoe Casino in Baltimore, which is several blocks from M&T Bank Stadium, but has a partnership with the Baltimore Ravens. 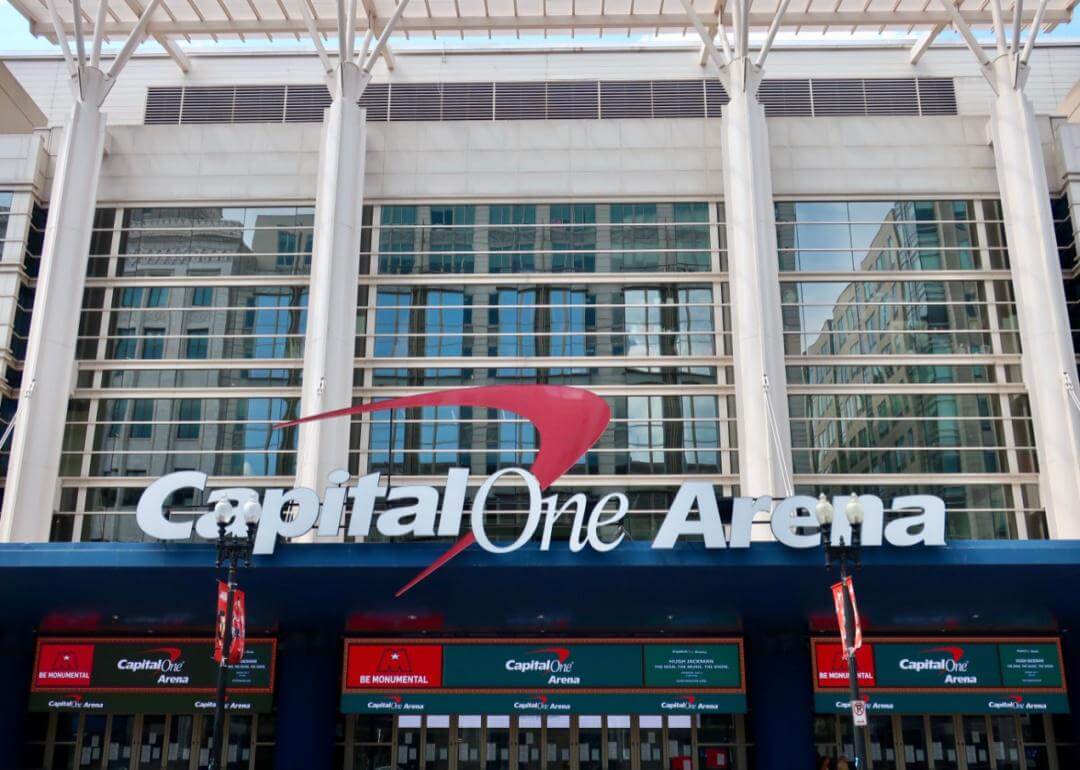 The William Hill Sportsbook at Capital One Arena brought sports betting to the arena officially in 2021. There are more than 100 television screens, including a replica Jumbotron that hangs from the ceiling. The book spans two floors and 18,000 square feet. It is open daily and year-round with 17 betting windows, 12 self-service betting kiosks, and 5G Wi-Fi capability. A custom 1,500-square-foot LED wraps around the entire facility. There is also a live broadcast studio, two VIP areas, and a private dining space. It offers food and beverage full-service with a menu featuring appetizers, soups, salads, sandwiches, entrees, and more daily. During games, the book is open to fans inside and outside the arena. 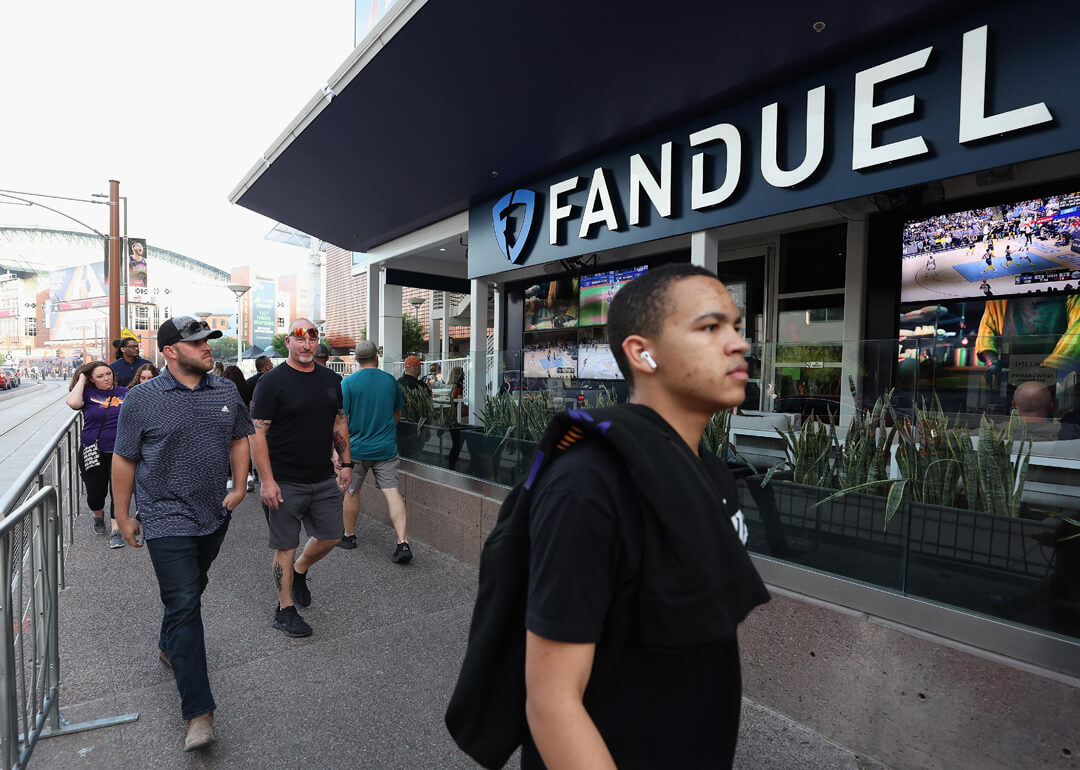 On the same day Arizona signed legislation to legalize sports wagering, the Suns and FanDuel announced the next sports book partnership. They rolled out a multiyear agreement making FanDuel the Suns' official sportsbook and daily fantasy sports partner in April 2021.

The FanDuel Sportsbook at the Footprint Center opened later that year, along with the launch of FanDuel's app in the Grand Canyon State. It features 40 HD televisions, a 35-foot video wall, and 26 self-service betting kiosks, along with lounge seating. The sportsbook stretches over 7,400 square feet and includes an outdoor terrace. Fans can enjoy Suns games and other sports events, while also placing wagers. The sportsbook is open daily and features a full-service ticket window. The arena also allows fans to place bets via the mobile app. 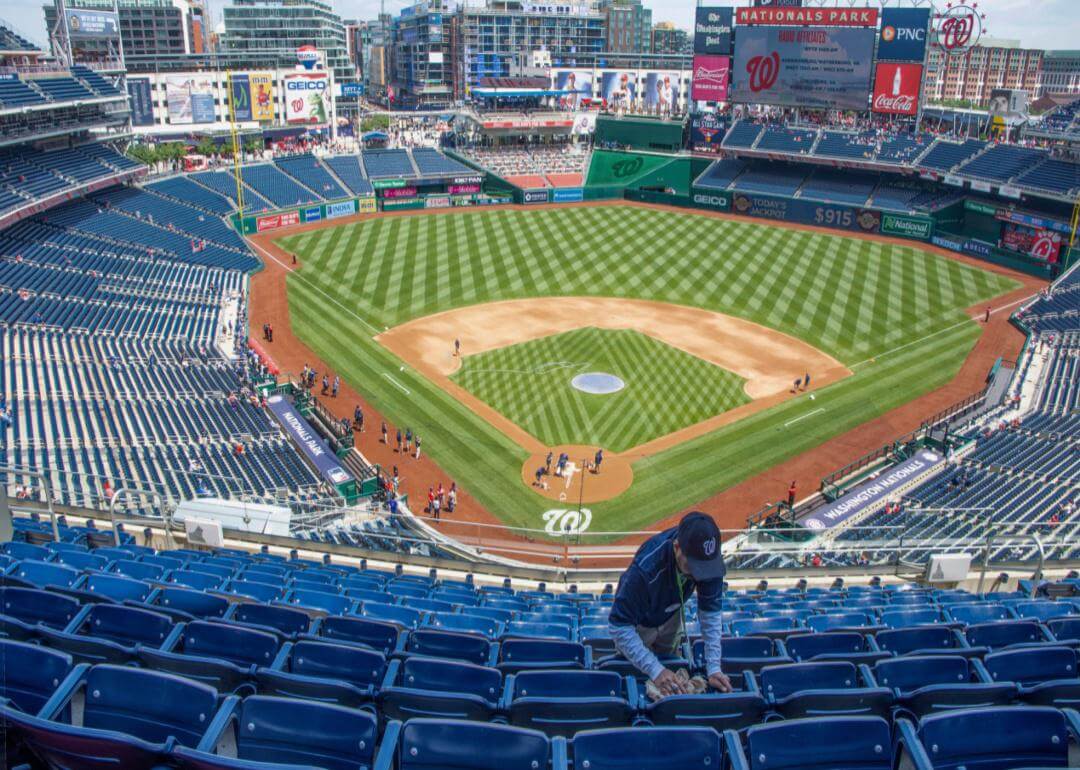 BetMGM and the Washington Nationals entered into their own partnership in 2021. The BetMGM Sportsbook opened a year later with 40 televisions spanning over 4,000 square feet. There are six betting windows, live odds boards, and user-friendly kiosks. Fans can enjoy full-service dining and drinks.

It provides luxury viewing and sports betting, located across Center Field Plaza from the Nationals team store. Fans can access the sportsbook year-round and they can place bets via the mobile app. The partnership also included MGM advertising across the park and the Nationals' social media. It also built on BetMGM's offering in the D.C.-Maryland-Virginia region; they also launched the app in Virginia and a retail sportsbook at MGM National Harbor in Maryland. 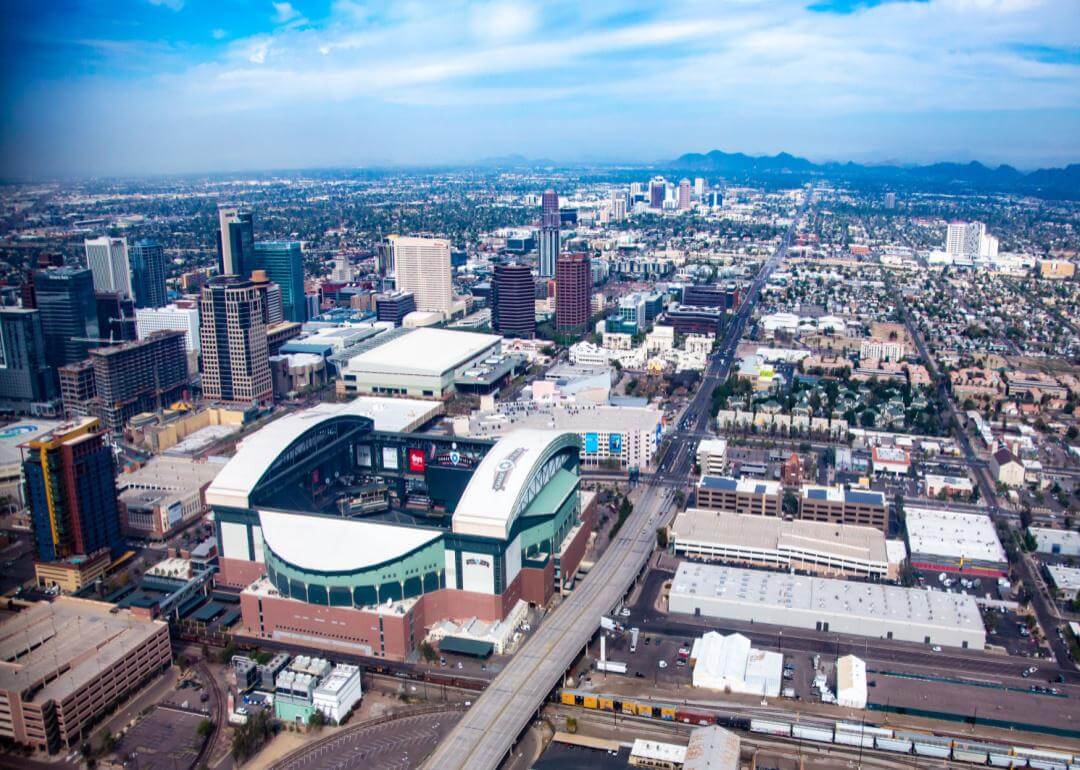 Caesars Entertainment and the Arizona Diamondbacks partnered to create a 22,000-square-foot sportsbook at Chase Field in 2022. The largest free-standing sportsbook in Arizona is also the largest retail sportsbook to open in partnership with a major sports stadium in the nation. It is adjacent to Chase Field in downtown Phoenix. 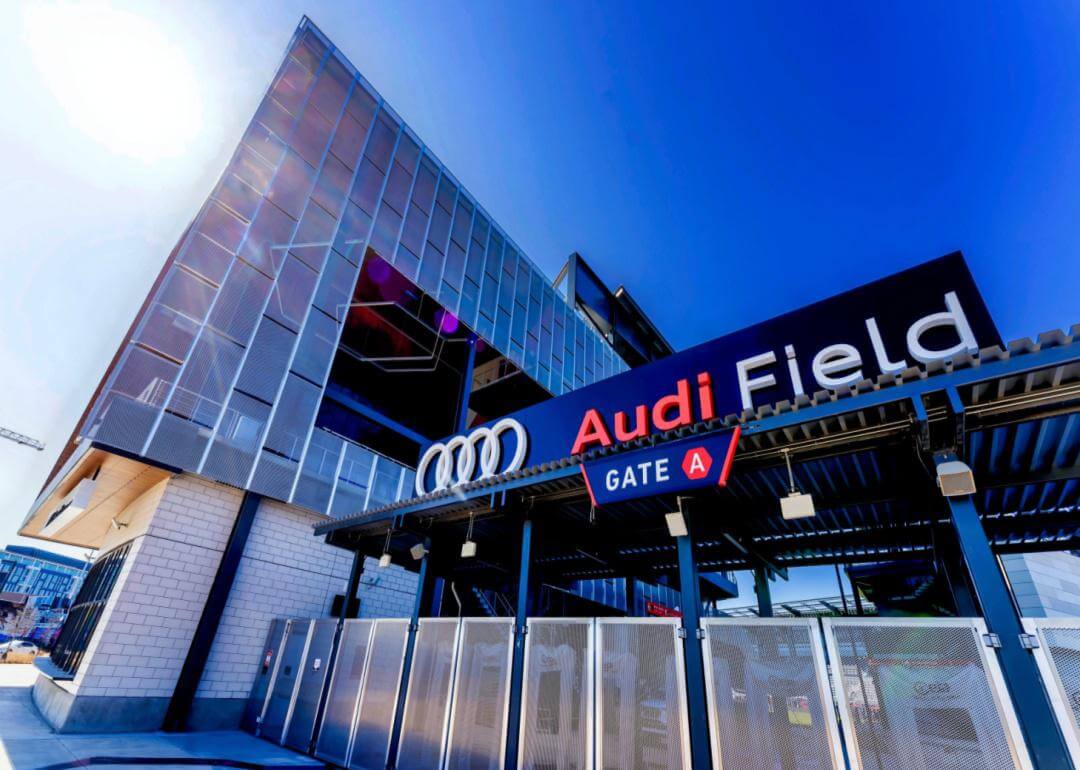 MLS entered the in-house sportsbook via Audi Field and the D.C. United. D.C. United and the FanDuel group announced the FanDuel Sportsbook would feature bets on all major U.S. sports and more in October 2020. The 2,700-square-foot area features an uninterrupted view of the field, along with three wagering stations, 47 televisions, two huge video walls, and 18 self-service kiosks. The FanDuel Sportsbook at Audi Field is open daily from 10 a.m. to midnight and features a full kitchen and bar. Fans can enter through Gate A to access the sportsbook. 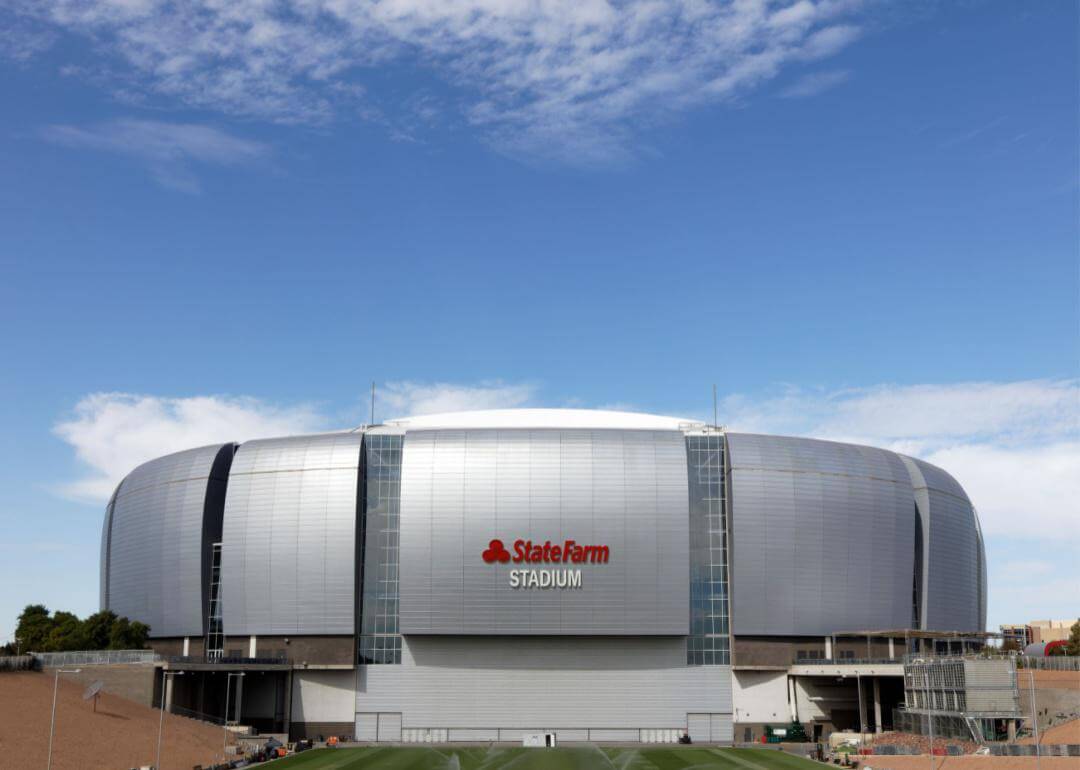 Arizona continued their sports betting momentum when they released initial images of the 17,000 square-foot BetMGM Sportsbook scheduled to open on the State Farm Stadium campus. Construction is underway for the two-story sportsbook that will be opened on The Great Lawn. The first sportsbook at an NFL stadium is slated to open in time for the Cardinals' 2022 season. There will be dual entrances, along with a 265-square-feet video wall to watch games. Fans will have indoor and outdoor dining options, along with enhanced parking options. They can also place wagers at trading windows or kiosks. 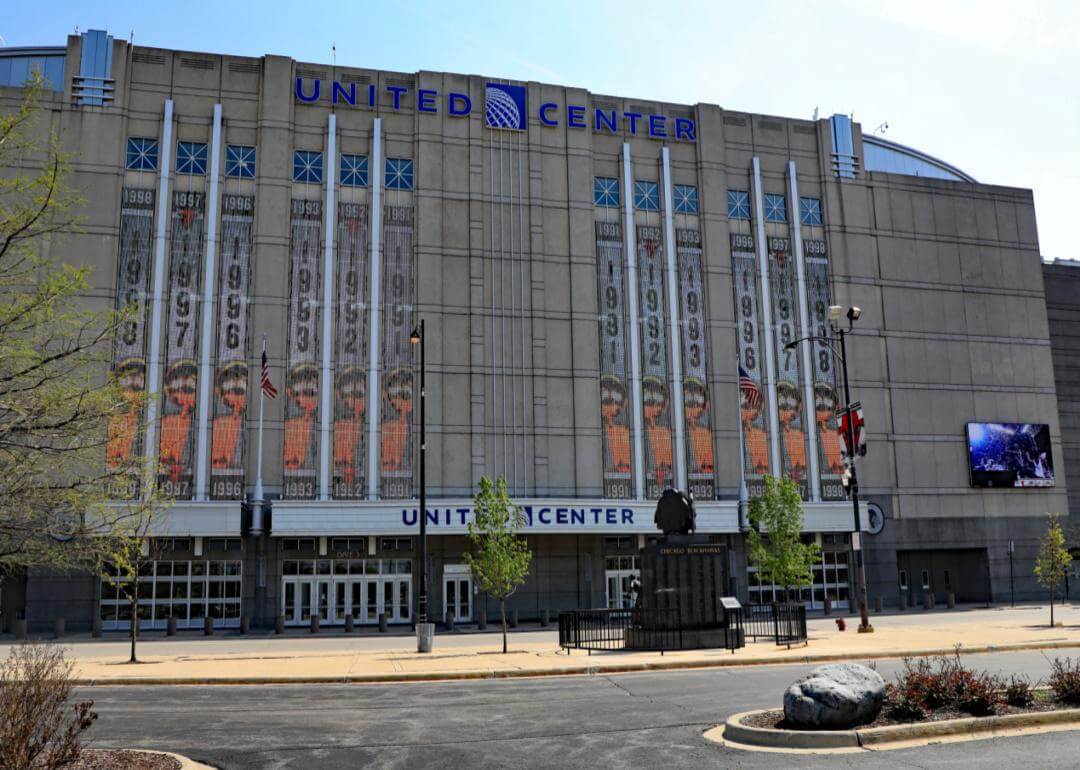 Chicago sports fans will have their first sportsbook in a pro stadium this year. The FanDuel Group and the United Center announced plans for a new sportsbook and lounge inside the home of the NBA's Bulls and the NHL's Blackhawks. It aims to ensure no fans will miss any of the action. The two-story arena promises to be unlike any sportsbook in North America. There will be a full-service immersive experience, along with a large commercial kitchen and multiple bars. The Illinois sportsbook is under construction and expected to be finished in August. 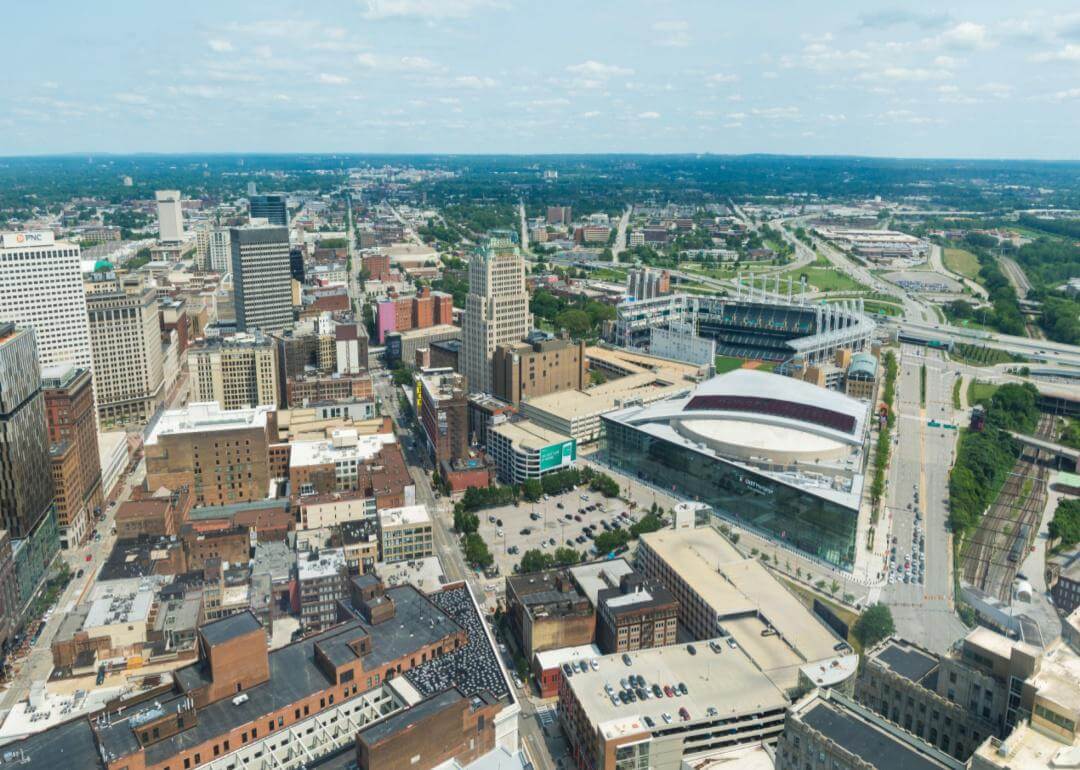 Cleveland is the latest pro sports market to introduce an on-site sportsbook. Caesars Entertainment and the Cleveland Cavaliers announced a multiyear partnership in February 2022. The announcement made Caesars Entertainment the official casino partner of the team, while the Cavs made Caesars their official betting partner. This includes plans to build a retail sportsbook on the street level inside the Rocket Mortgage FieldHouse. The 10,355-square-foot venue will offer a full-service bar, VIP lounge, and wall-to-wall screens. Caesars Sportsbook also gained signage around the arena, and they will launch their app in the state. 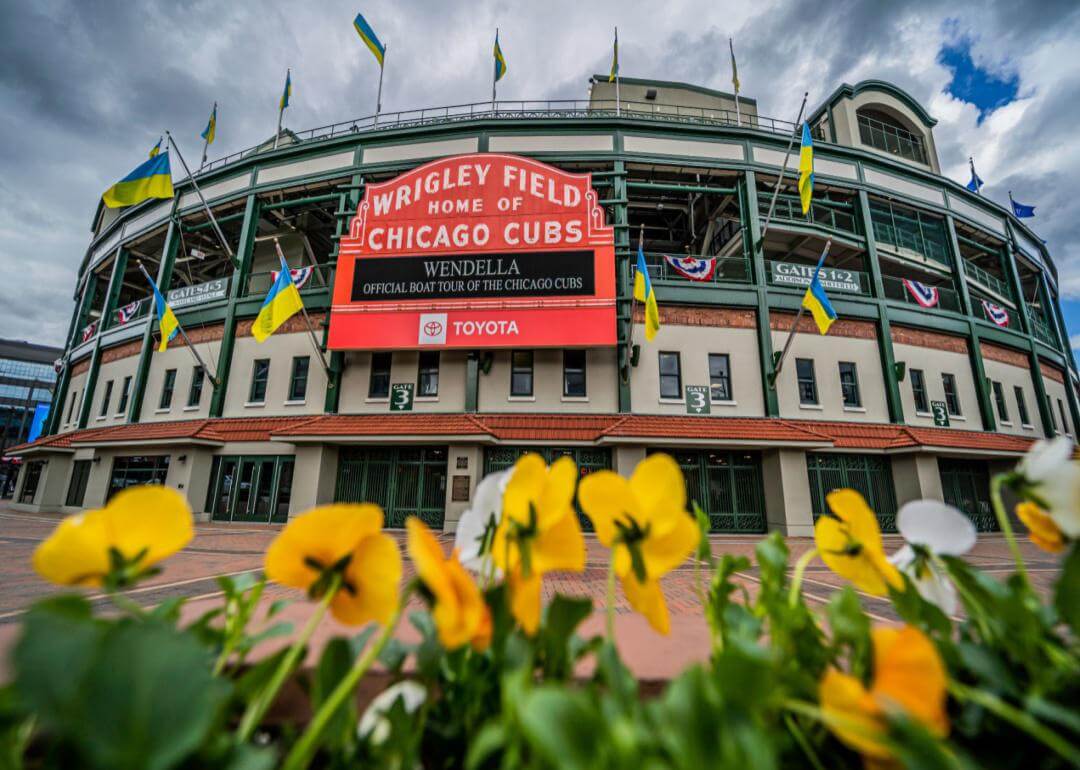 The Cubs signed a $100 million deal with DraftKings in 2020 to build a sportsbook, which is currently under construction. DraftKings CEO Jason Robbins, Cubs President of Baseball Operations Crane Kenney, and others recently visited the site for a ceremony celebrating the development. The plan is for the two-story sportsbook to open before the start of the 2023 season. It will be adjacent to the southeast corner of Wrigley Field.

The Most Supportive Fans

Mar 10, 05:14pm
By using this site you confirm you are 18+ and consent to our use of cookies and processing of personal data as set out in our Privacy Policy
Got it!